Why Is The Candidate Experience So Dang Crappy? 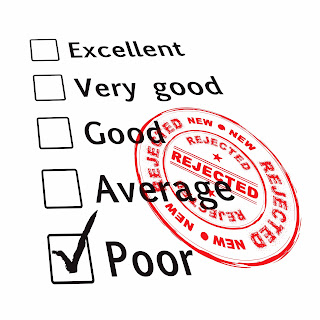 This time last week I was on my way home from the 9th Annual Staffing Symposium hosted by the Staffing Management Association of Seattle (SMA Seattle), after giving a presentation titled “Recruiting for Quality: Hiring for Today AND Tomorrow.”

I think I was the only presenter who did NOT mention anything about the “candidate experience,” mostly because I’d gotten sick of talking about how thoroughly crappy it is. (“Crappy” is the word used by presenter Rayanne Thorn, and I’m on board with it.)

Yes, it is crappy.

And what I learned at the conference (which was a wonderful experience, really, and I came away completely impressed with SMA Seattle) is that many, many recruiters understand how crappy the candidate experience is, and they’re really not happy about it.

And yet, it continues to be crappy (and often ineffective).

A couple of weeks ago, I reconnected with a consultant friend who works with a lot of different companies.

We started talking about who had been doing what, and I told him that I’d been freelancing for about a year and had left my company more than a year ago. He responded, “Really? Shoot, I wish I’d known you’d left your job. XYZ company just hired some girl in HR, and she’s clueless.”

Well, I’d interviewed with XYZ company, but my friend didn’t know that.

(Mind you, I’d already gotten more than a hint during my interview with the CFO/hiring manager that he might not have it all together. After telling me that I’d come “highly recommended” by the agency recruiter who’d said I was “very dynamic,”— he'd paused and then added, “At least I think that was you.”)

Seriously people, you can't make this stuff up.

And then when weeks passed and I hadn’t heard back from him, I sent a follow up note. A few days later, I received a form letter in the mail. Why not just respond to my email, dude, and save a tree stump?

But, back to my main question—why is the candidate experience so crappy?

We all know what a crappy candidate experience (CCE) looks like. I have my stories, obviously, and I’ve heard plenty more. Tim Sackett wrote a piece about broken hiring processes and why you really don’t need four interviews to know whether someone is good for your organization, so I know he’s got his stories. We all do. And yet, not much changes.

Well today I had a breakthrough about this.

Because I’d starting looking for a job during a “recovering economy,” I’d made a rookie research mistake of confusing correlation with cause. I’d theorized (and later came to believe) that the bad economy was making some companies downright skittish when it came to committing to talent, not to mention unwilling to spend good money on mere employees, and I still think there’s some truth to that.

But today I had another thought, and it’s so simple really I don’t know why it didn’t occur to me earlier.

The struggling economy hasn’t caused the problem so much as exacerbated it.

Because the truth is, there always has been and always will be incompetent hiring managers, recruiters, and HR professionals.

Always. Has. Been/Always. Will. Be.

But this go ‘round, add a lot of people desperate for jobs, too many people performing functions they have no business performing (many as a result of job cuts), and the rise of social media, and well, more nonsense is coming to light.

I’ll also add to this list a general lack of respect about the skills needed to effectively source talent, because despite the lip service, if everyone agreed that sourcing talent takes talent, no one would thrust a recent college graduate into the job with hardly any training. (And, I also wouldn't have ever had another executive say—while interviewing me—that interviewing really wasn't "his thing." Good Lord.)

So there you have it. Some folks just aren’t very good at their jobs and/or don’t have the support and/or good sense to have someone who is good at it do it.

But what’s the solution you ask?

And again, it’s pretty simple. People who are bad at things shouldn’t do them, except as a hobby maybe, which sourcing for talent definitely is NOT.

Oh, and people need to start giving a fig about how they treat others.

We just need more people to believe these two things, and then some stuff might improve.
Posted by Unknown at 10:41 PM