Fox News anchor Megyn Kelly was fit to be tied over the reaction of Fox Business host Lou Dobbs and Fox News contributor Erick Erickson to a Pew study showing that 40% of women are primary breadwinners.

Both Dobbs and Erickson pointed to the study as proof that the American family is in a bad way, and Kelly, herself a working mother, took extreme exception to the view that women who work aren't as good moms as the stay-at-home kind.

And while I wouldn’t expect Kelly to warm to this theory, I was a little surprised by her strong objections, because, let’s face it, Dobbs and Erickson aren’t exactly saying anything new. We’ve been hearing this stuff forever.

One thing I will say about Erickson, who wrote a blog in response to some of the criticism his views have generated, is that (the reference to feminists aside), I actually agree with him that “In modern society, we are supposed to applaud feminists who teach women they can have it all—that there is no gender identifying role and women can fulfill the role of husbands and fathers just as men do.”

Again, I want to leave the feminists out of it, because I’m not sure who’s behind this message, but I agree that someone is pushing it. It’s not popular to state a belief that men and women are different—and that what Mom brings to the table Dad doesn’t and vice versa. Which is not to say that all moms are one way, and all dads are another way—they aren’t—but moms are dads are different. Men and women are different. And before you say, “Well that’s obvious. Don’t be ridiculous,” don’t bother denying that there are plenty of single mothers who would tell you in a heartbeat that they don’t need no stinkin’ man to raise their babies. And while personally I agree that if push came to shove I don’t need no stinkin’ man either, my sons certainly do. And since my husband helped make them, he can damn sure help raise ‘em. I’m not sure why there’s controversy in that sentiment, but there is.

But as for working moms in general, well, I’ve been a working mom since Day 1, having gotten pregnant with my oldest when I was in college. So I know that at times it’s no bed of roses and that I get tired and cranky and don’t feel like cooking or checking homework, but it’s a choice. I like work and I like earning my own money, and I’m gifted at it, so I really don’t care who thinks I should live a more selfless life in complete tribute to my kids. Phooey on that. Kids grow up and develop their own interests, and I’m pretty sure those interests don’t include taking care of me in my old age. (In fact, I'm certain of it.) So, I better make a living. As for my husband, he’s a social worker. ‘Nuff said. (And if anybody wants to write to Congress about how social work agencies make millions—I’ve already seen the 990 for my husband’s agency so don’t bother disagreeing—and pay social workers peanuts, be my guest.)

And so, I enjoyed seeing Kelly hashing it out with Dobbs and Erickson, but at the end of the day, it’s the same old same old, and who cares ‘cause I need to make a living and pay my bills.

What Gifts Do You Bring to HR? 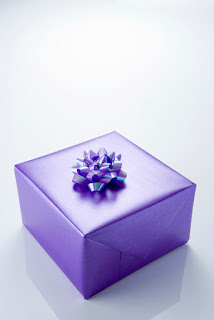 I’ve been reading a lot this week about the job market and hiring practices and how to pick the best employees and avoid the worst. And all of this has got me thinking about gifts.

Not gifts that you get for birthdays and special holidays, but the gifts you’re born with. Like mathematical gifts, or the gift of gab, or the gift of empathy, or what have you.

And the reason I’ve been thinking about this is that it seems to me that sometimes we are reluctant to recognize gifts and their importance in doing a bang-up job.

Marcus Buckingham and Donald Clifton, authors of Now, Discover Your Strengths get the idea of gifts. They call them “talents,” but same difference. The point is that all of us have the ability to naturally do some things better than some other things, and these abilities are ours to discover and development, but they can’t be manufactured.

In particular, I’ve been thinking about this concept in relation to HR, because it seems to me that there are still far too many people who think that anybody can do HR, and it’s just not true.

I know because I went through a string of HR personnel who were terrible at it. They either lacked the detail orientation, or the critical thinking skills, or the analytical skills, or the head for employment law concepts, or something. And these were smart people.  And it wasn’t until I started complaining to a wiser friend of mine about some task the most-recent hire had been unable to perform—“I don’t understand why _____ can’t get this right. It’s so simple!”—and my friend saying, “I don’t know Crystal, its sounds complicated to me” (and this man was a veteran leadership trainer studying for his PhD) that the light bulb went off.  Yes, the task was easy for me, because of my abilities. Oh …

And that’s when I started paying real close attention to traits, even testing for them during the hiring process. And after that, I started hiring people who were right for HR.

So what am I saying? I’m saying two things. First, I completely agree with Buckingham and Clifton when they write that it is not true that anyone can learn to be competent in anything. Second, if you’re in HR and do it well, don’t let anyone tell you that it’s an accident. It’s not.

Which isn’t to say that people who try their hand at HR and aren’t very good at it can’t do other things fabulously well. They probably can. As I said, everyone has abilities. But it’s completely false to assert that because way too many people fall into HR and do “okay,” anybody can do it really well. Nope. As with most anything, these guys just make it look easy.

So, what are your HR gifts?
Posted by Unknown at 10:48 PM No comments:

In the news again for all the wrong reasons, Rutgers University is getting some unfavorable press for its decision to hire Athletic Director Julie Hermann, despite reports that Hermann has a history of abusing athletes.

According to fifteen members of the University of Tennessee women's volleyball team, when Hermann was their coach in the late 90s, her abuse and insults had gotten so bad they decided to join forces and confront Hermann with a letter documenting their mistreatment and their conclusion that the situation was “irreconcilable.” After being confronted, Hermann reportedly told the players "I choose not to coach you guys" and quit.

Hermann’s present-day response to these allegations?

"I was never notified of the reported letter outlining the concerns of some former athletes. However, I am truly sorry that some were disappointed during my tenure as coach… for sure, I was an intense coach, but there is a vast difference between high intensity and abusive behavior."

That’s right, she went there. The old “I’m not abusive, I’m just a tough manager,” defense.

But wait. Before you say I’m being too quick to form an opinion, also note that Hermann was at the center of a $150,000 settlement won by a former assistant coach who claimed Hermann repeatedly made remarks to discourage her from getting pregnant. Some of these remarks were captured on videotape at the assistant coach’s wedding, when Hermann, looking into the camera, said:

"I hope it's good tonight. Because I know you've been waiting for a while, but I hope it's not too good, because I don't want you to come back February with any surprises, you know, the office and all, and it would be hard to have a baby in there."

And I don’t care if Hermann was joking. You don’t say this stupid stuff at a colleague’s wedding unless you’ve known each other since kindergarten. And even then, you’d better proceed with caution.

But what really gets me is that when questioned about the settlement and the tape Hermann said, "Was I at her wedding? They eloped? I don't even remember that, honestly.”

How does someone completely forget going to someone else’s wedding? What is Hermann, some damn dignitary, flittering about here and there, always in demand? Barely knowing where she is one minute to the next? Give me a freakin’ break, please. I don’t doubt Hermann is busy, but come on.

Not to mention, there was a settlement. How many settlements was Hermann involved in for crying out loud? Because if I’m Hermann, and my employer says, “We’re going to have to pay $150,000 because of those videotaped wedding remarks you made,” I’m going to darn sure remember you, your wedding, that videotape, and every other flippin' detail of that mess until damn near forever.

And all I can think about is the former students who say Hermann’s treatment led to depression and trauma that still hasn’t completely dissipated, even after sixteen years, and I'm sympathetic. It has to be hard to feel what they feel and listen to Hermann blithely deny responsibility while Rutgers’ administration gushes about her record and declares how much they look forward to her start date.

This is quite the story, and I don’t think it’s going away, so I’m hopeful that the truth will out. One way or another.

In the meantime, at least one member of the search committee who selected Hermann is blaming the recruiter for not fully vetting Hermann’s background, and maybe this is, in fact, the beginning of the end for Hermann, despite the good face Rutgers is putting on things at the moment. We’ll see.
Posted by Unknown at 8:53 PM No comments: