L.A. Clippers Owner Donald Sterling Says He “Loves the Black People,” But I Wouldn't Want Him For MY Boss 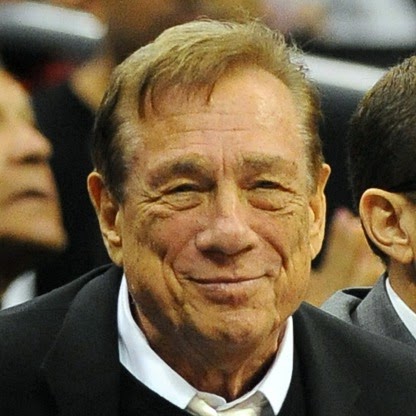 Sterling took offense that Stiviano, who is half black and half Mexican, posted pictures of herself and Magic Johnson on Instagram.

According to Sterling, posting the photo was evidence of Stiviano’s disrespect for Sterling, because the photo broadcasted to the world that Sterling is hanging out with a half-black chick (as though that scenario is anything new) and apparently Sterling’s friends/buddies/business acquaintance/beats me wouldn’t like that idea.

Sterling tells Stiviano that it “bothers me a lot” that “you’re associating with black people.”

In a plaintive tone he then asks Stiviano, “Do you have to?”

Later Sterling tells Stiviano she’s supposed to be “a delicate white or a delicate Latina girl.”

When Stiviano corrects Sterling by telling him she’s “mixed,” he responds in a matter-of-fact tone, “OK. Well.” (I swear I almost heard Sterling mumble, “If you want to confuse the issue with the facts, then sure. Whatever you say.")

Stiviano asks whether Sterling wants her to hate black people, and he accuses her of “turning things around” and responds that no, he doesn’t want her to hate them, he wants her to love them—“privately.”

I gotta say, up to this point Stiviano was giving Sterling a run for his money, asking good, clarifying questions and arguing her position assertively but calmly (and yes, I'm assuming she knew she was being taped, but still …).

But then Sterling asks Stiviano why she needs to bring black people to “his” games, and Stiviano asks incredulously:

For the first time, girlfriend appears to be at a loss for words. (Not that I blame her.)

But she gets it together again and tells Sterling "I'm sorry that you're still racist in your heart."

Let me see if I understand this?

Sterling wants his half-black girlfriend to pass for a “delicate” white or Latina girl, ‘cause that’s hip, and here she is parading around with black folks, totally blowing her cover and his reputation. What a nerve. No more European vacations for you, girl! This here rips it. (After all, we KNOW that dignified whites and fragile Latinas would never be caught dead in a photo with the likes of that riffraff Magic Johnson.)

I don’t want to give the whole thing away, because each line (allegedly) out of Sterling's mouth is more incredulous than the last, and you owe it to yourself to hear the conversation with your own ears. It’s a somewhat shocking peek into at least one white man’s view of race in the USA—a man who apparently believes it makes perfect sense to tell his biracial girlfriend she needs to stop publicly associating with black folks even while he whines about how he “loves the black people.”

I don’t know whether to laugh or cry. (Although to be honest, I did laugh out loud at some parts of the tape.)

But two things about this aren’t funny at all.

One is the idea that Sterling could be somebody’s boss, landlord, teacher, physician, lawyer, neighbor, or judge.

Two is the way Sterling attempts to hijack the conversation and manipulate Stiviano into believing she’s not accurately comprehending what he's saying.

For example, when Stiviano asks whether it would be okay if the people in her Instagram photos were white, Sterling replies, “You’re just a big fighter. I can see – who would want to live with a woman like you?”

Wow. On behalf of women the world over—just ... wow.

At least have the gumption to own your junk, Sterling, instead of flipping the conversation and blaming your girlfriend’s so called pugnacious nature (and not your hideous opinions) for the conflict you suddenly find yourself embroiled in.

But then again, Sterling honestly seems to believe that his views aren’t controversial, merely pragmatic.

But you tell me—if you were a person of color, would you want Sterling as your boss (or in any other position of power over you)?

(For the record, I believe I’ve already had Sterling as a boss. And while I survived the ordeal, my answer to the above question is still hell no.)

The story is hot off the press, and as I write, no representative from Sterling’s camp has come forward to either deny or confirm that Sterling is speaking on the tape or to claim that yes, that is Sterling's voice, but his comments were distorted through editing. The NBA is reported to be investigating the matter.

The black community isn’t waiting for an investigation, however, and the Internet is filling up with various and sundry responses from high-profile members like Magic Johnson, Snoop Dog, and of course, Al Sharpton. 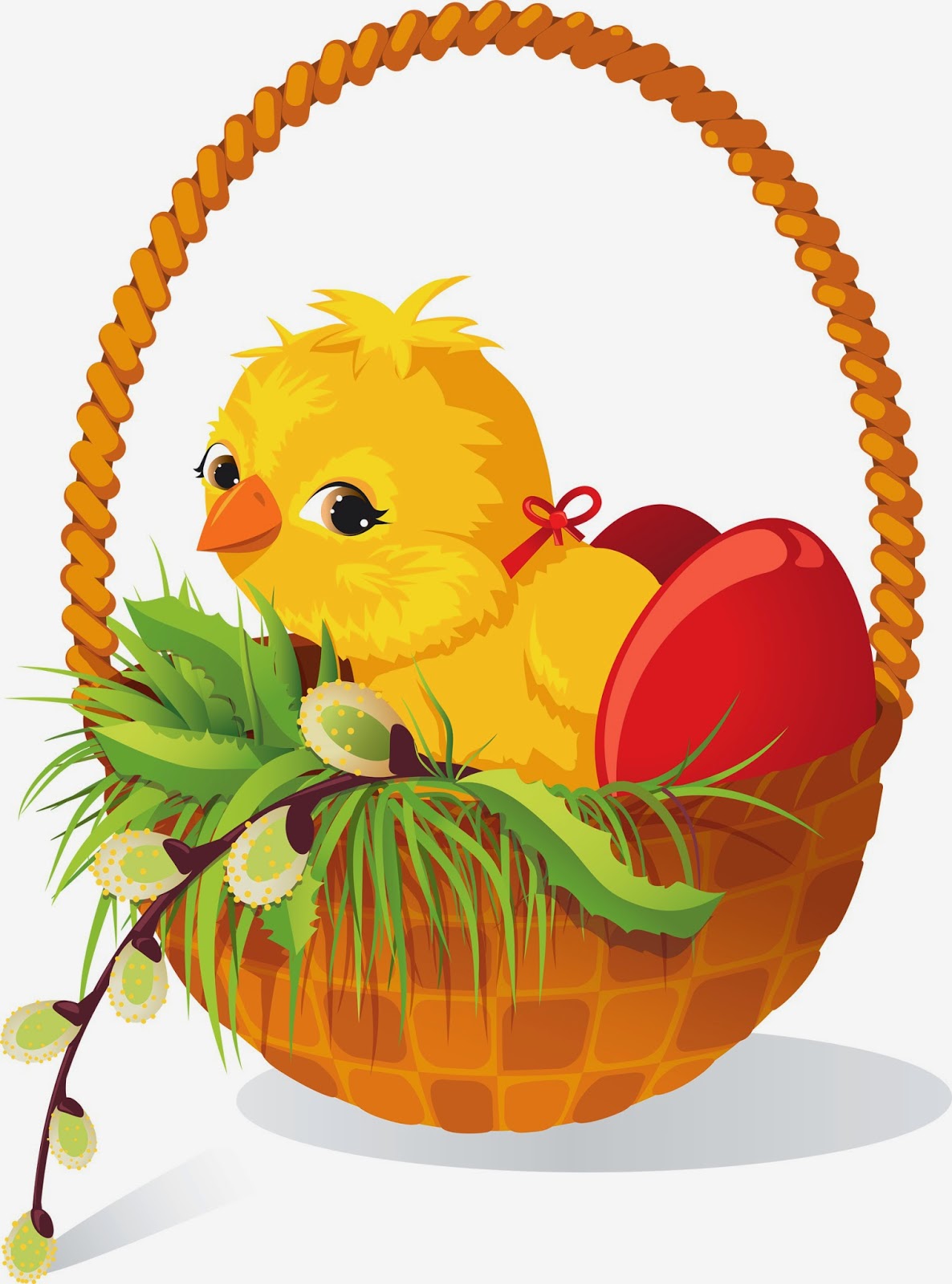 Posted by Unknown at 3:30 PM No comments:

Moment of Truth: Your Boss Doesn’t Care About Your Kid Problems 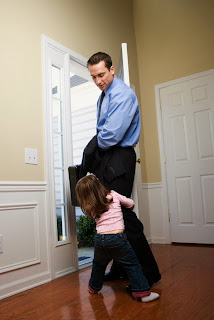 We are, by and large, a nation of liars.

We tell big lies and small lies, and we lie for reasons both noble and depraved.

Mostly we lie to protect others or to protect ourselves from others—from their judgment, their interference, or their potential to hurt us if they knew the truth.

I’m fascinated by the lies people tell and thoroughly disheartened by how difficult it can be to tell the truth without risking privacy, employment status, or relationship.

One of the biggest lies we as a society like to tell ourselves is that we care about children, when we mostly don’t.

Our public school system is a mess, and we couldn’t give a fig whether working folks with children can earn enough to consistently put food on the table.

So yes. We may care about our own children. But we really don't care about anyone else's.

At work, this fiction has major impact.

For example, consider how quickly a job applicant would be eliminated from consideration if, in response to that standard question—“Why do you want to work for ABC Company?”—she responded that she needs money to provide for her family, which is her first priority. (A truer answer than most others, I’d bet.)

Then think about how often you’re asked ("encouraged," “provided with opportunity,” or whatever you want to call it) to sacrifice personal time with your family to advance company goals and how well you’ll be regarded if your consistent response is "No thanks."

It’s common knowledge that pregnant women still face discrimination at work, as do women in general, simply because they either have children or have the potential to bear children—even though we all just love children!

And I'm reminded of something my mother once said to me: If a man really loves his children, he’ll respect his children’s mother.

A related truism? If we as a society really love children, we’ll respect their parents’ need to provide for those children.

But we don’t. Not really.

And our lie about this instigates other lies at work—lies we tell to protect our time with family and especially, the little ones (and maybe even a few not-so-little ones) who depend on us.

These lies are designed to keep our employers in the dark about how much our families mean to us, because if we’re too honest we’re bound to get labeled as not serious about work, lacking in commitment to the job, or some other nonsense.

But even that attitude isn’t good enough for some employers, who won’t view you as the best of the best unless you express a willingness to make work a priority all the time.

Ironically, whether you actually do consistently make work a priority is beside the point. Your employer is only interested in hearing the lie.

Because we are, by and large, a nation of liars.

But we don’t have to be.

So, if you’re a manager, I sure hope you do what you can to ensure your employees never feel compelled to lie about their priorities to make you feel good about the job they’re performing.

And if you’re NOT a manager, I hope you can find the balance you need to feel good about your performance as an employee and as a parent—without having to tell even a little lie to do it.