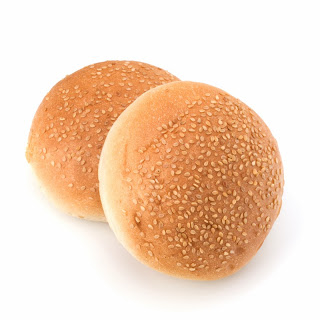 I consider myself something of a bleeding heart. I like to root for the underdog, and I’m sensitive to those who might be having a harder time of things than some others. Truly.

But I’ve been struggling for the past few days about a story reported on AOL Jobs: Fast Food Worker To McDonald's CEO: I Can't Feed My Kids.

Nancy Salgado, a McDonald’s employee of 10 years, publicly confronted McDonald CEO Jeff Stratton while he was giving a keynote speech at the Union League Club of Chicago.

Salgado told Stratton, “I'm a single mother of two. It's really hard for me to feed my two kids and struggle day to day. Do you think this is fair that I have to be making $8.25 when I've been working at McDonald's for 10 years?”

And I’ve been stuck on the word “fair” ever since. How does one answer that question? How does a CEO decide what portion of profits he’s obligated to share with his workers? And considering that Illinois is an at-will state, and no one is forcing Salgado to work at McDonald’s for $8.25 per hour, is her question about fairness, “fair?” I’m not so sure.

When questioned by theRealnews.com, Salgado offered $15.00 an hour as a fair wage for what she does.

Now, that number has been thrown around quite a bit lately by those who advocate for a living wage versus a minimum wage, so I find it kind of suspicious that Salgado quoted it, because it seems to me that Salgado has no idea what her skills should be worth. Instead, she’s regurgitating a number she’s heard. And I think that before a worker starts asking for a raise, she ought to have some idea what her skills are actually worth in the marketplace.

Later in that same interview with theRealnews.com, Salgado said there are times she can’t buy milk for her kids. Well, then I really got upset. Remember, Salgado has been at McDonald’s for 10 years.

Listen sister. If ever you’re in a position where you can’t buy milk for your kids, then I think it’s safe to say your current work situation sucks, and it’s time to pursue a new one. I know the economy is weak, but still.

This is going to sound harsh, and I’m sorry. But if you’ve been with the same company for a decade and haven’t yet learned enough to qualify for a new job that pays you what's needed to consistently put milk on the table, then you’re a damn fool. Why haven’t you moved on yet?

And the answer can’t be, well, I like it here. I don’t want to leave, so management should pay me more. No. Management isn’t obligated to pay you more than your skills are worth because you won’t explore other career options.

The other day we went out for dinner, and Thomas, my 9-year-old, didn’t like his meal so he didn’t eat it. Irritating, but I don’t believe in shoving food down kids’ throats, so okay.

On the way home, I decide I want an ice-cream cone, and since we’re approaching McDonalds we stop there. Thomas asks, “Can I have a chicken sandwich?” Fine, Thomas.

So my husband and I go back and forth whether Thomas should eat it. I stick by my position—no way is actual chicken in this thing. Ed says, “Nah, McDonald’s sells a gazillion, that’s how they can charge so little.”

I give in and Thomas eats the sandwich. (Okay fine—Thomas had already starting eating the sandwich while Ed and I were talking.)

But here’s my point. I’d gladly pay more than $1.00 for a sandwich so that someone else could have a better living.

And I’d definitely pay more than $1.00 for somebody to get access to an educational or training program that would qualify her for a job that allows her to buy a gallon of milk for her children. Or a career counseling program that would open a world of possibilities to someone with enough hutzpah to confront her company’s CEO in public.

By the way, I’m not saying I’m opposed to raising the minimum wage, per se.

But at some point we have to help ourselves so that others can help us. And by help, I don’t mean asking questions like “is it fair that I have to be making …” as though you’re an indentured servant or something.

If I’m being a meanie, somebody, please let me know. But this I just don’t get. Ten years. No, something’s not right.
Posted by Unknown at 9:45 PM