The Elephant in the Room: Recruiters and the Skills Gap 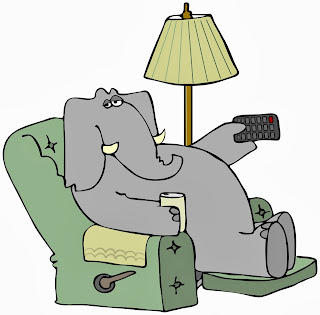 Anywhere that people are talking about talent, someone is bound to mention the skills gap.

What is the skills gap? Simply put, the skills gap is the difference between the qualities needed to do a job and the qualities applicants possess. There may be plenty of unemployed people who want to work, the theory goes, but there simply aren’t enough qualified people to do the work that needs doing.

There are lots of opinions about how dire—or not—the situation truly is, with some arguing that if there were a skills gap, employers would be raising wages and spending more on training, two things we’re definitely not seeing in the marketplace.

For my part, however, I agree there’s a skills gap, alright. And if recruiters would look themselves in the mirror, they’d see it in action. Right there. That’s you I’m talking about, recruiter.

Can you honestly say you know what the hell you’re doing? I’m not so sure you do.

Let me tell you why I believe this. (And like Don Lemon said, if this doesn’t apply to you, then I’m not talking to you.)

You Ask Dumb Questions That Have Nothing to Do with Whether an Applicant Can Do a Job
What is your current salary? (What??) When can you start? (Start what? We just began talking three minutes ago, and I know darn well this isn’t a job offer, so what’s your hurry??) Why do you want this job? (Seriously? Am I supposed to manufacture a “right” answer about a job I know next to nothing about?)

Which brings me to…

You’re Determined to Keep Things One Sided, and It’s Counterproductive and Annoying As All Get Out
All I have is a job title—not who’s hiring, why they’re hiring, or the rate of pay, and you want to know all kinds of things about me so that you can decide whether I’m a “good fit” for the job of your imagination? Why don’t you give me some information so I can help you out? I get it. You’re (a) concerned I’ll learn enough about the job to contact the company directly and cut you out of the picture (by the way, don’t you mean you and the other three recruiters working on this job?) or (b) doing what you can to avoid embarrassing yourself or your company by presenting a completely unsuitable candidate. Understand, however, that if you’re competent I’m happy to have you be the go between and also I have no desire to waste my time interviewing for a job when I don’t qualify for it. We’re on the same page, I promise you. We may have different underlying reasons, but trust me—I don’t want to make a mistake any more than you do. It would be nice if you acted like you knew that.

You Don’t Work Hard Enough to Determine Whether an Applicant Could Do the Job
Last year, Harvard Business Review reported that recruiters spend just six seconds on each resume. In that six seconds, recruiters look at applicant name, current title and company, current position start and end dates, previous title and company, previous position start and end dates, and education. That’s it.

I know that you may receive hundreds of resumes, but this six-second deal is a bit scary. Not all job titles are created equal, you know, and just because someone has done a job doesn’t mean he’s done it well. Also, whatever happened to the concept of transferrable skills? Nope, we’re not interested in those anymore? Okay.

You’re a Poseur
Listen, I mean this for your own good. You’ve got some power, that’s for sure, but stop pretending that it is what it isn’t. You get the resume, you think it looks good, you forward it to the hiring manager, she says, “No way,” and you show her another resume. End of story.

Yes, you’ve got a role to play. Yes, you are the gatekeeper. More than that, you’re a fellow human being trying to make a living. I’m not mad at you. Until you start acting superior, that is, and then I can’t stand you.

For most people—those who rely on wages for a living and aren’t terribly jazzed to play a bunch of dopey mind games, looking for a job these days is darn near torture. It would be better—way better—for all concerned (job seeker, recruiter, and employer) if the process were a little smarter, a little more honest, and a lot more humane. For God’s sake, recruiter, give it a try. Approaching your job as though you’re one part psychic, one part psychologist, and one part egomaniac (did you mean to reveal that last bit, by the way?) is, as the kids say, not helping. It almost feels like you’re setting up candidates to fail. And while it’s not your job to help the candidate per se, you still do need good candidates, right? Am I missing something here?

Ask about skills. Ask how candidates do what they do. Ask for detailed information about experience. Be willing to reveal a salary range, instead of asking 101 questions trying to figure out whether the candidate will take the job and bolt the minute someone offers more money.

Be a partner. Tell the truth. (Nicely, if it’s a harsh truth). Be as transparent as you can and still maintain confidences.