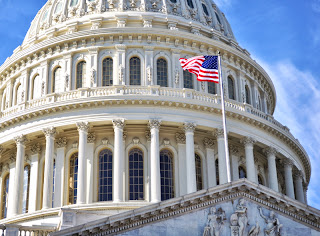 Yesterday Sean Hannity had members of his studio audience discuss the government shutdown. Participants hailed from both sides of the debate, meaning some members support Obamacare and some don’t. I was relieved, because I’d gotten very weary of the endless parade of House Republicans justifying their mulish foolishness with cries that they’re “standing up for the American people.”

And I’ll tell you what else I’m weary of, in a minute. But first, here’s a disclaimer.

Having said all that, I’m thoroughly tired of all the right-wing sound bites. Such as:

“The President lied when he said ‘If you like your plan, you can keep your plan.’”
Let’s fight fair, okay? Whatever the President meant, I think it’s more than safe to say that his statement was NOT a guarantee that employers would forever and a day maintain their current offerings. If an employer decides he’d rather send his employees to the exchanges than continue offering health insurance, that’s his choice. If the employer wants to offer an Aetna plan today and an Amerihealth plan tomorrow, that’s also his choice. You can’t blame the ACA for that. No matter how strongly you may believe employers have been provoked into making whatever changes, they’re still exercising choice. And isn’t employer choice what you Republicans are all about?

“Congress shouldn’t be exempt from Obamacare.”
Yeah, that sounds good. If Congress passed a law, they should be subject to the law, right? But consider this. Members of Congress and their staff will have to choose a plan from the exchange. So what’s all the fuss?

Well, unlike all other employees, Congress will be allowed to apply their employer contribution toward the cost of care.

And you know what? That makes sense, because the ACA was put in place to provide health insurance to individuals who don’t have it, primarily because their employers don’t provide it. Does that sound like Congress to you?

On the contrary, Congress’ employer provides mighty darn good insurance. So why should members of Congress lose their benefits—and effectively incur a pay cut—for no other reason than to make them eligible for the exchanges? Congress is being sent to the exchanges to experience it and support it. Significantly reducing their compensation wasn’t the goal and shouldn't be an acceptable unintended consequence. (And no, I don’t have any relatives in Congress, and I don’t even particularly like Congress right now, but fair is fair.)

“We didn’t cause the government to shut down.”
Yes you did.
You passed the law. Now you’re trying to “unpass it” by eliminating the funding to implement it. This is soooo not the way to operate in good faith, and you all look like a bunch of vindictive sore losers as a result. Yeah, I’ve heard the other side of this argument—that President Obama has unilaterally changed the law over the months and so Obamacare really isn’t the law of the land, but I’m not buying that.

Last night on The O’Reilly Factor, Charles Krauthammer, who’s said repeatedly what a terrible law Obamacare is, also said that the Republicans have gone about this thing the wrong way. He told O’Reilly, “If you believe as I do, and as the GOP does, that it’s an impossible monstrosity, then why not let it go into affect, and the country would utterly reject it.”
Yes, why not? Oh I get it. You’re all a bunch of principled conscientious objectors. Give me a break, please.

Bob Beckel, resident Democrat on The Five, said he wanted to thank the Republicans for the “great gift they’ve given us, by closing down this government.”

See, Beckel, Krauthammer, and O’Reilly all get it, even if the House Republicans don’t.

But I imagine they’ll figure it out after the next election.
Posted by Unknown at 7:21 PM