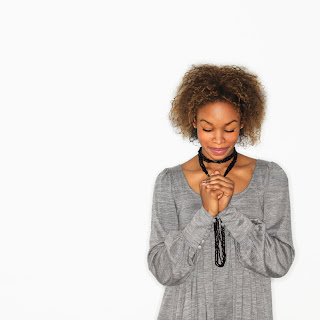 Well, I had my own “Taylor” moment a few days ago, except my prayer was regarding my son, and it went like this—

I love my sons to death, and each one has truly admirable character-istics. However, I'm my mother’s daughter, who was her mother’s daughter, and we don’t believe in viewing our children through rose-colored glasses. Flaws are flaws, period. Flaws don’t make you unlovable, but they aren’t to be celebrated either. And in the case of my sons, there are flaws a plenty. (And it doesn’t help that their brains are probably still developing, as in, according to Dr. Jay Giedd of the National Institute of Mental Health, the male brain does not reach full development until the age of twenty-five or so.)

So the other day, when Christian began complaining about the rent, I really shouldn’t have taken him too seriously.

A few months ago, he'd moved out of his apartment and back into our house, claiming he wanted to save money for school and for a down payment on his own home. To date, he has not saved a penny, and he's actually denied saying he ever would. Hmmm ...

I was raised by people who made it abundantly clear that there were two inviolable parenting rules by which they lived.

The first rule is, when your kids move out they are never  to be invited back.

The second rule is, a parent’s main job is to raise her children to be self-sufficient so that the first rule is never an issue.

Now, I believe in these rules and since moving out to get married at the age of twenty-one I’ve stayed out, and I’ve (more or less) been self-sufficient the entire time.

But I’m of a different parenting era, so alright, when Christian asked to move back in, I said, okay, so long as we agree that this is for the sole purpose of allowing you to save money and absolutely NOT a way for you to increase your standard of living on my dime.

And now, this kid who has been living in my house for the past seven months, without saving so much as a nickle, (and stupid me, I'd broken another of my father’s parenting rules which is—get all agreements in writing) is complaining about the rent, which is a whopping … wait for it… wait some more … $75 per month, or to put it another way, $2.50 per day.

So he said. “Okay, when you’re old and can’t take care of yourself, you can’t live in my house unless you pay me $75 a month.”

And I said, “What!? Firstly, your father will probably outlive me, secondly, thank God I have other sons, and thirdly, there is a WORLD of difference between a young, healthy man who earns a living and is CAPABLE of caring for himself, and an old woman who is no longer able to care for herself.” (All of this while thinking to myself, “Shoot, $75 twenty years from now? What’ll that be worth, $5? I’ll take it.”)

And that’s when I also thought to myself, “Lord, please don’t let me be raising no trifling Negroes.”

Out loud I said, “Christian stop talking crazy.” (He got that from his father, so I'll cut him some slack.) “I know you’re getting nervous about leaving for Missouri, and that’s what this is about.”

Because my firstborn has signed up for the Army, and he’s leaving in a couple of weeks. And when I’d asked him about his plans to store some of his things, we’d started talking about storage bills, and rent, and you know the rest.

I’m scared and proud at the same time, trying too hard not to think about what lies ahead while knowing that it's time to start making plans.

But meanwhile, I really don’t want to raise no trifling Negroes.