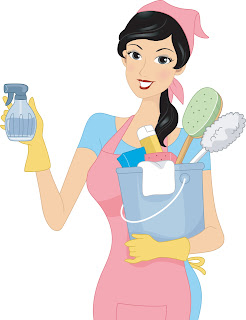 A few days ago I did something that I was a little afraid to do but absolutely needed to do—remove a couple of Linkedin connections.

Why? Because those connections weren’t doing me any good, that’s why. In fact, I think they were actually doing me harm, because the connection came with a certain expectation that simply wasn’t being met. So, I decided to just do it—lighten the load already.

A famous William Morris quote exhorts us to “Have nothing in your house that you do not know to be useful, or believe to be beautiful.”

Morris was a designer (among other things), and he was talking about your literal house. But I think this quote can be applied to your metaphysical “house” as well.

Now life is messy, and we’re not in control of much. But we can do some things that generate more peace and less angst, and for me one such thing was unconnecting to people who had connected to me for whatever reason but then apparently had no intention of engaging with me. Having those connections hanging around was like the treadmill that sits in the corner of your bedroom that’s become a clothes hanger—a constant reminder of something that just isn’t working.

And while people aren’t treadmills—not at all—the point is that some times our lives become crowded with stuff that just isn’t benefiting us. Unconnecting to that stuff gives us a little more space to breath. (I’ve been trying to convince my husband, the hoarder of physical objects, of this, with mixed results.)

For me, the Linkedin thing was largely symbolic, a way to challenge myself to let go when I need to and in some small way free myself of this crazy notion that I always have to be concerned with offending someone. I don’t. Further, it’s highly doubtful that my ex-connections even noticed my absence, and that’s fine, really.

It seems to me that life is in many ways about editing—saying yes to this and no to that, because time and energy is finite.

So as the weather breaks and the days get longer, spring cleaning for me is less about windows and closets (although they need the attention, too) and more about relationships and commitments.

And I'll be tending to those people and activities that add value to my life and reevaluating and possibly letting go of the rest.

What about you? Will you be doing any "spring cleaning" this season?