My mother, God rest her soul, was a very interesting woman.

For example, my brother and I aren’t twins, but our birthdays are celebrated on the same day. People think it’s kind of cute and an odd coincidence that we share a  birthday, although we’re three years apart in age.

Except, um … we don’t have the same birthday.

The day we’ve celebrated together for the past forty-some odd years is my birthday.

But until very recently, my brother and I have believed that we were born on the same day. It’s part of our family legend, part of our sibling bond.

Now, every so often at some family gathering, rumblings of the truth would quietly surface before being pushed back down. You know how that is with family secrets.

But we were born in the spring, and whenever this question came up, my mother would say something about Daylight’s Savings Time and how she was there after all so she should know, and we’d get all confused and just drop it.

But now my mother is gone, and my brother and I started talking about this again, and I said to myself, ok, enough of this.

So I asked my father the other day, “Dad, could you please settle this once and for all? What is Hank’s birthday? The 1st or the 2nd?”

And he says, “Oh this again? Let me see, I have to remember where I was first.”

“Yeah … I was working at the post office, and my shift was from 4:18 PM to 12:48 AM, and I know you both were born late at night. But I can’t remember if Hank was born before or after midnight.”

I say, “Well, the birth certificate says his birthdate is ___ 1st.”

“Well …” my Dad snorts. “If that’s what the birth certificate says, then I guess that settles it!”

Yes. Why didn’t we think of that before?

Because my mother had us under her mother spell, that’s why. What Mom says goes. Period. 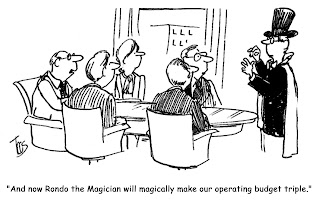 So I asked my Dad, “Who does this? Why was Hank told he was born on the second?”

Well, I don’t know how Hank feels, but I don’t love him any less because our birthdays are actually one day apart, and I think it’s high time he had his own birthday to celebrate. So this year, he’s getting a card from me on his actual birthday. He shouldn’t have to share with me if he doesn’t want to.

I don't even like birthdays.
Posted by Unknown at 5:03 PM