Are We There Yet? Russia, That Is 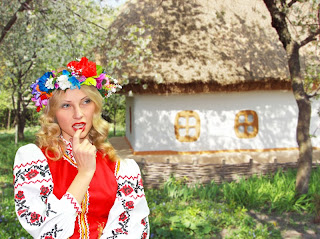 Earlier this year I wrote about the 2013 Earned Sick Days Bill, which City Council here in Philadelphia passed but Mayor Nutter vetoed. Similar bills have been proposed in other states, including New Jersey and Massachusetts.

Business owners who’d rather not see these bills pass (any of them), argue that they can’t afford to pay people when they aren’t working. It’s a simple matter of economics, they say. They aren’t persuaded by appeals to fairness or basic decency, and they’re distrustful of any statistics that might indicate paid sick leave would decrease turnover, increase productivity, or increase worker morale.

Now, I was thinking about this for a couple of reasons.

One reason is all the recent coverage in the news about the need to raise the minimum wage and/or replace it with a living wage. This issue is picking up a lot of steam, and in Washington, DC, Mayor Vincent Gray has until September 16th to sign or veto the Large Retailer Accountability Act, which would require some retailers to pay workers $12.50 per hour, instead of the city's minimum wage of $8.25. (Walmart already has gone on record as likening the bill to something you'd expect from a Communist regime.)
The other reason is a story my brother told me.

He said that at church one Sunday, the pastor had remarked that the large well-known retailer across the way had declined to donate book bags to the church’s annual school supply giveaway.

This church is very serious about neighborhood involvement and donates ten percent of its income to the surrounding community every year. And so, the pastor was very much not approving of the retailer’s stinginess. His belief is, if the retailer benefits from the community, then, in turn, it ought to benefit the community.

So here’s my question. If I set up business in your community, which isn’t my community, what are my obligations to you? I’m of the opinion that there should be some obligations, even if they’re as basic as keeping my sidewalk clean and my building in good condition.

And no, I don’t think you’re obligated to run yourself out of business compensating employees in ways you can’t afford, but surely paying employees as little as you can get away with (and still be acting within the law) is nothing to aspire to either?

Because if it’s all about business owners looking out for their own interests and everybody else’s be darned, then “corporate citizenship” doesn’t have much meaning, and I don’t think we, as a society, can afford that.

What do you think?