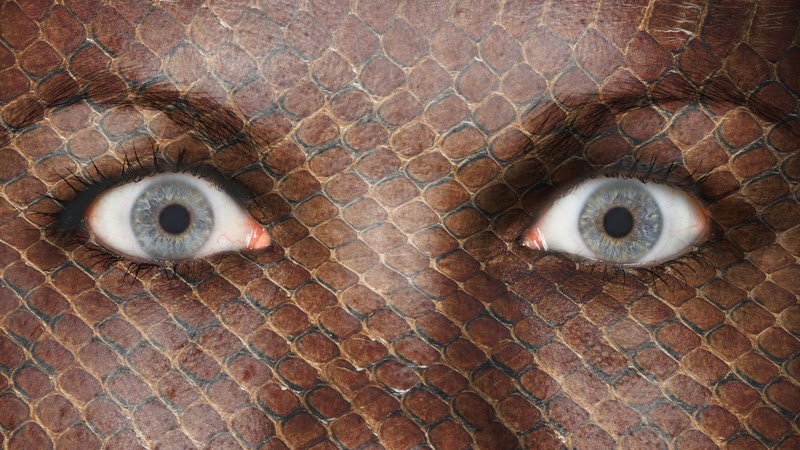 It wouldn’t be entirely off track to conclude we humans are a rude bunch of shut your mouths.

Go to any career-related website or job board, and you’ll read complaint after complaint about rude recruiters and heartless HR managers.

And each year, incivility in the workplace, including workplace bullying, costs employers millions, if not billions, in increased unscheduled absences, increased use of medical plans, lost productivity, and lawsuits. It's estimated that nearly 98% of employees have experienced bad behavior at work.

How ironic then, when politeness actually contributes to a less civil society.

Of course, that’s when people aren't just pretending to be nice.

Because when nice is the thinnest of veneers attached with cheap glue to the ugliness underneath, nice isn’t very nice at all. More than that, genuinely decent folks should think long and hard about playing the games these so-called nice folks demand.

The Nice Narcissist
I used to work with a manipulative and devious individual I’ll call Andrea (not her real name).

Exhibiting the signs of a malignant narcissist, Andrea was a frequent and practiced liar whose one mission in life was to get her way—and she didn’t care who got hurt or what rules she broke in the process.

While Andrea's true personality was visible to anyone with eyes to see, she wrapped it in a cloak of faux politeness.

Andrea had learned long ago that if she gave the appearance of decency, no one would challenge her evil acts. And mostly she was right. In the time I worked with her, it was rare for anyone to confront Andrea’s bold-faced lies, hypocritical statements, or nasty ways of using and abusing people.

The Problem with Politeness
It’s been said that it takes two to lie: One to lie and one to listen. Unfortunately, our workplaces are filled to abundance with those eager to lie and those only too willing to listen.

Most of us listen because it’s the courteous and socially accepted option. We’re taught that it’s not okay to tell someone in authority she’s lying, especially at work. In fact, never at work.

And this is a huge problem, because liars in the workplace generally aren’t content to spin tall tales for amusement value alone (although some are sick enough that lying and the sense of control it brings is pleasurable).

Instead, these deceivers want us to use their lies as the foundation for our action. They want us to swallow their bull and then do something we wouldn’t do if they’d simply leave us the hell alone.

Other times the objective is to exercise dominance—I will tell you a blatant lie, and I will force you to acknowledge it as truth.

Either way, it’s a violation of another’s free will, and it’s wrong.

It’s also offensive, because it’s a perversion of social mores created to protect the common good, not defile it.

A Preferred Way of Relating Is Just That: A Preference
It’s exasperating to what lengths some folks will go to excuse the bad behaviors of others.

And as for the “that’s just the way he/she is” school of thought, well, I think that’s bunk. Even the personality disordered choose how they will interact with others. In the case of malignant narcissists, they manipulate, deceive, gossip, lie, backstab, and betray because it suits their purposes. Just like I’ll tell them to go to hell because it suits my purposes.

When Narcissism Becomes Normal, We’re All In Trouble
Dave Orisson, a pastor who writes about narcissism without sparing the church, explains it this way (highlights mine):

“… a cursory glance at our culture would be enough to conclude that narcissism is becoming not only normal, but desirable.

Perhaps the qualities of narcissism—self-promotion, fantasy superiority, need for admiration, exploitation of others, sense of entitlement, lack of empathy or desire to care about the feelings of others—are so much a part of the normal lives of young people that no one especially thinks of them as problematic. When even those who are not narcissists accept narcissistic behavior as normal, the difficulty of dealing with those who hurt and use others may become insurmountable.”


Bucking the Trend
There are many valid reasons to keep your opinion of your coworkers’ veracity to yourself, that’s a fact. Still, allowing the people of the lie to define the world for the rest of us is a very bad idea.

Pastor Dave has a better idea:

“In relationships, especially, we can call out the behavior. We still claim to hold positive values in relationships. So we have the right and responsibility to help others maintain those values. Narcissism still hurts others, no matter how normal the behavior seems. Hurting others is still not acceptable. Speak up against abuse and lying and cheating and compromised values.

But there’s more. We can smile more and be more kind. A thousand little acts of kindness to show the world that narcissism does not rule everyone. Affirm relationships. Tell people that you value them and are grateful. For so many, the characteristics of narcissism have been adopted because they are afraid or have been made to feel unimportant. Thank people. See people, especially those who have been invisible in the past. Do things narcissists wouldn’t think about doing, especially for the sake of others.”

True kindness is more valuable than fake politeness any day.
Posted by Unknown at 5:01 PM