Chaos and Confusion, the Making of Sheep, and Apathy: Hallmarks of the Unhealthy Workplace 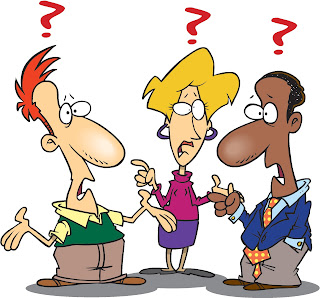 In Anna Karenina, Leo Tolstoy famously wrote “All happy families are alike; each unhappy family is unhappy in its own way.”

The same could be said of workplaces. At least, each dysfunctional work environment I’ve ever encountered was dysfunctional in its own way.

Some were ruled by narcissists, others by cowards, and others by the dimwitted clueless. Still others (I suspect) were ruled by the verifiably personality disordered, although I could never prove it.

Still, unhealthy workplaces do share some similarities, and the reason for this is twofold:


As such, dysfunctional workplaces have three things in abundance:

Sadly, in the most toxic of workplaces, these three are not merely byproducts of the dysfunction but instead have been carefully and deliberately crafted by the sickest members of the group for the purpose of controlling the others. (If this were a laughing matter, I'd write: “Cue maniacal laughter” right here.)

Chaos and confusion
People who crave control use confusion to maintain the upper hand. Confusion throws us off our game and keeps us guessing. One thing all dysfunctional workplaces have in common is layers and layers of confusion, whether that be confused reporting relationships, confused goals, confused priorities, confused processes and policies (“Yes, we know the manual says that, but we’re going to do this instead”), or confused values (i.e., we say we believe this, but we routinely sanction and do that).

Sheep
Sheep make the dysfunctional workplace go round. Sheep do as they’re gosh darn told, even if what they’re told is conflicting, irrational, unethical, or illegal. Sheep shrug their shoulders and say, “Hey, I have a mortgage to pay. Baaaaa.”

It’s not all their fault, though. Some sheep do have mortgages (as well as car payments and medical expenses and kids’ tuition and student loans, etc.), and sheep are carefully bred in unhealthy workplaces, where subjects get dinged quick for stepping out of line, and mostly everyone is a subject.

Apathy
Apathy is what comes after giving a damn is revealed to be futile. Apathy says, “Screw this. It’s not worth it to care.”

In the most unhealthy of unhealthy workplaces, apathy says “Screw you. And you and you. I need to survive, and if I have to backstab, lie, and watch idly as my coworker is humiliated, so be it. It’s not my fault things are messed up, and it’s not my problem to fix. I’m just doing what I have to do.”

Apathy’s pugilistic and more intelligent cousin is purposeful disengagement. Purposeful disengagement says, “This place is nuts, and as such I will limit my emotional investment. However, I’ll give the company what it’s paying for. But more than that would be foolish and contrary to my well being.”

Unfortunately, only the most self-aware, courageous, and honorable employees can practice purposeful disengagement.

Why Does This Happen?

Sigh. Why ask why? Unhealthy workplaces thrive in their dysfunction because someone in control gets a payoff when they do. That someone is usually a tyrannical so-and-so at the top, and he or she often will have sycophants who get a share of the goodies, too.

But enough about them. If you’re not in control, you can’t do anything about them. I mean, you can mess with their heads a little (I’ve done that), for your own education and even amusement, but that’s not a long-term strategy. That’s something to do on your way out the door. You know, so you can blog about it later.

So what CAN you do?

It’s the serenity prayer all the way, folks. Change what you, and accept what you can’t.

Be a zealous truth seeker. Don’t idealize, because that’s the road to insanity. Today you had a good day. Hallelujah. That doesn’t mean things are changing for the better. Know that, and make your decisions accordingly.

Also, don’t be apathetic, please. Apathy makes for a crueler workplace, and it puts you on the side of the problem makers/sustainers. Instead, learn to purposefully disengage without sacrificing your humanity. You’ll be the better for it, as will your coworkers, current and future.