The Struggle for Improved Worker Conditions Continues—Nothing New Under the Sun or the Beginning of a Brand New Day? 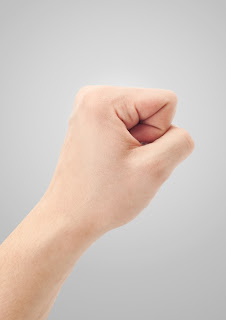 There is a battle afoot, and it may not be new but it’s manifesting itself in new ways. I’m talking about the battle between big business and the working poor. Like I said, nothing new... and yet.

This past summer, fast food workers conducted a seven-city strike while demanding a living wage of $15 per hour rather than the federal minimum. Last month, McDonald's cashier Nancy Salgado crashed an event in which McDonald CEO Jeff Stratton was giving a keynote speech and then announced to the audience at large that her hourly rate of $8.25 wasn’t enough to support her family.

Fast food isn’t the only industry to be targeted by worker advocates. Retailers such as Walmart are getting their share of attention, too. This past summer, the Council of the District of Columbia passed the Large Retailer Accountability Act, which would increase the minimum wage for covered employers to $12.50 per hour. A spokesperson for Walmart compared the bill to something you'd find in a communist country. Supporters of the bill claimed that it would “lift thousands of working families in Washington, D.C., out of poverty and support decent wages across the retail industry.” Mayor Vincent Gray vetoed the bill.

Meanwhile, it’s been widely reported that the gap between the 1% and everyone else is getting bigger and bigger, a fact that’s not sitting well with advocates for a so-called more equitable distribution of wealth.

And, increasingly, these advocates are not the traditional unions of old but instead are “worker centers,” community groups usually supported by unions but not bound by all the laws regarding unions because they don’t have continuing bargaining relationships with employers.

But the “haves” aren’t taking it on the chin, and they’ve got friends, too, such as the Worker Center Watch, whose mission is to expose what they see as labor union abuses. Amidst public outrage over Black Friday becoming Brown Thursday, the Worker Center Watch advised consumers to “Just buy your gifts, don’t buy their lies.”

The Employment Policies Institute (EPI) has gotten into the fray as well. This past summer, the EPI placed a full-page ad in USA Today to promote their position that a living wage would have negative affects on workers. The EPI has also created a website, Minimumwage.com to educate the public about the “myths” surrounding this debate.

Meanwhile, whether employers in the fast food, retail, and hospitality industries could afford to pay workers more has been debated.

Walmart, in particular, has received all kinds of criticism amid claims that its wages are subsidized by the government in the form of housing and food assistance received by its low-wage workers. Media reports that Walmart had organized a food drive for its own employees only added fuel to the fire, much like the reports about a McDonald employee budgeting manual recommending that employees have second jobs.

Still, many claim that the fight over low wages won’t gain real traction so long as retailers such as Walmart continue to receive more than 300 applications for each job opening.

Again, workers have a long history of fighting against the powers that be for better wages and benefits. However, the internet has taken today’s fight to a whole other level, with secrets from both sides laid bare for darn near anyone to see.

But is this most recent battle a sign of things to come, or simply business as usual?