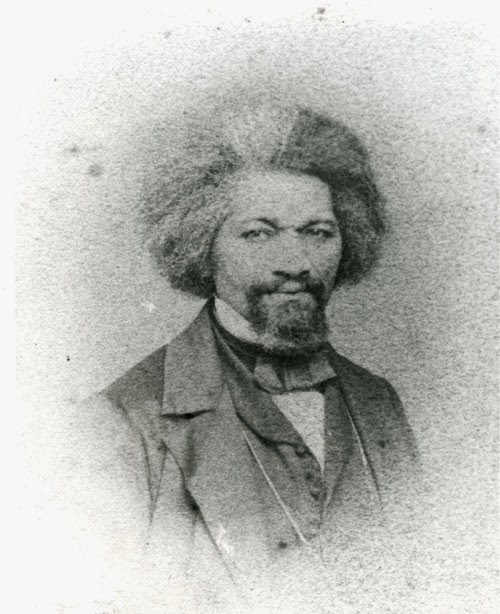 Here it is, the last day of the month, and I’m finally getting around to writing something about Black History Month. That’s wrong.

When I was a kid, BHM was a big deal. You’d see commercials about it on television all month long, there’d be posters all around our school, and we’d have special lessons and projects, too. Now the entire month goes by with barely a blip.

I asked my 10-year-old son Thomas, “Did you do anything at school for Black History Month?”

He sighed heavily. (I'm getting that a lot these days for some reason.) “Well, Benjamin (not his real name) gave a book report about George Washington Carver, and we read about Rosa Parks.”

Not that George Washington Carver and Rosa Parks aren’t worthy of classroom time, but this is a little pathetic, is all I’m saying.

So, I figure I should do my part.

Here are a few facts about one of my favorite African American figures, Frederick Douglass. (And yes, I know Douglass is a BHM staple too, but dude is really, really interesting.)

Learn more about Douglass on Biography.com.