How to Know You’re Being Bullied at Work 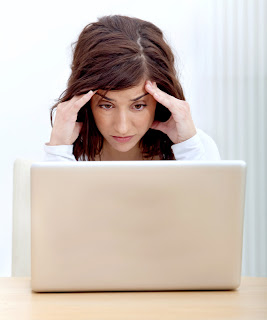 Let me say that another way. Although it is certainly not good that employees are being bullied in the workplace, it is good that the problem is gaining more exposure.

But, along with the exposure comes the backlash. And that would be—those who complain that things are being blown out of proportion and that all this “name calling” is alarmist and unnecessary. Whatever. I can almost guarantee that if they, or someone they loved, had been pushed to the therapist’s couch or the medicine cabinet by a workplace bully, they’d be singing another tune. No matter. I’m here to set the record straight. I’m an HR professional who has both witnessed and been a target of workplace bullying. Don’t let anyone tell you it can’t be happening or that you’re crazy or “too sensitive.” Not every bully is the same, but the following is an illustration of a scenario you might experience with your particular bully.

It Starts Like This
Someone is not happy with you today. You’re being criticized and you take it to heart, because you’re a pro who is serious about doing a good job. So, you listen to the individual’s criticisms and let her know where she might have a point and where you’ll be able to do things differently in the future. You might even apologize, if that’s appropriate. However, there's an additional problem. You'll accept the criticism, but that doesn't change one fact—this individual wants you to do something that can't be done. Maybe it's an exception to policy. Maybe it's a deadline you couldn't possibly meet with your other priorities. You attempt to meet her half-way, reason with her until you’re blue in the face, employ all your skills of persuasion, and apologize again, but she's still harping, and it’s escalating. In fact, the more you try and make nice (without actually agreeing to do something you can't), the more she digs her heels in and now…

It’s Gotten Personal
The individual’s initial criticism was about some aspect of your job performance. But now that you won’t give in, her criticisms are getting personal. She’s maligning your competency, implying that perhaps you don’t know what you’re doing. Her language is becoming increasingly hostile and adversarial, and you’re wondering what the heck is this about? Now the issue is simply you. Your work style, your worldview, how your brain works, and the way you approach problems. Forget that what this individual is requesting is against policy, against reason and commonsense, is unethical, or is just plain impossible. You can’t or won’t do it, but this person won’t accept that.

And now, you begin to realize that …

It’s Not Really About the Work
This tussle you’re having is not about the best way to get the job done. If you’re in this tussle with your manager, you’re getting that it’s not about making you a better employee. You’re past that. You've already stated what you can and can't do. In that sense, the issue has been settled. But now, something else is going on. You’re getting the feeling this person just wants to be right. And, you’re not sure how to handle this, because you’ve already agreed with him where you can and apologized where appropriate. What else does this person want from you?

This doesn’t sound that bad, does it? It was unpleasant, but not terrible.

You’re Sick
You stomach hurts, your joints ache, and you’re holding back tears for a good part of the day. You could also be cranky or tired, or you might even feel sad, worthless, and hopeless. You might be having trouble sleeping, and all day you walk around with a vague sense of dread that won’t go away.

And when all is said and done, this relationship has completely crumbled and …

The Trust Is Gone
You don’t believe much of anything this individual says or does. You’re in constant defense mode, scrutinizing her every word and deed for hidden meaning. You agonize over just the right way to reply to her email messages, because you want to make sure that whatever you say won’t be twisted and used against you, which she’s done before and you fear she’ll do again. Verbal exchanges are tense or nonexistent, because you’ve learned to say as little as possible. As a result, you hate having to interact with this person. You don’t want to hear his voice, see his face, or read his emails. You don’t want it to be this way, but it is.

So that’s it in a nutshell. You’re had repeated negative interactions with someone whose ultimate goal is to control you. Not collaborate with you. Not develop you. Not understand you. Control you. And because you’re a unique and willful individual, you’re finding it difficult if not impossible to be what this person wants, which is someone who does whatever he wants, whenever he wants, regardless of circumstance, and it’s making you sick.

Tomorrow I’ll write more about why this might be occurring and what you can do about it.
Posted by Unknown at 9:51 PM