People Think Republicans Are Racist. There, I Said It.

However, regardless of how conservative I am or how much I can agree with a conservative commentator on say, a story about religious freedom or government intervention in business, there is one area where all commonalities of thought break down, and that’s race relations.

I don’t care what the specifics of the particular story, I can almost guarantee you that there will come a moment during the commentary when I’ll say “What?!?” 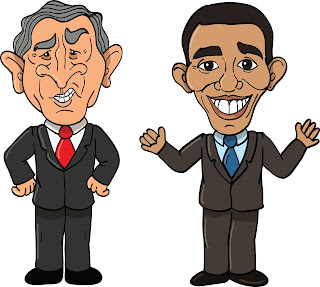 Earlier today on The Five, a news clip of Chris Matthews extolling President Obama as “the guy [who] does everything right” and the “perfect American” was discussed. Now, we all know that no one is “perfect,” but Matthews seemed impressed with the President’s education, work history, and ability to raise a nice family—the kinds of things that generally indicate a productive member of society.

However, Matthews went a little further. He said that he couldn’t understand why the far right criticizes Obama so heavily, except, “He [Obama] “happens to be black.” And that’s when … oh well, you’ll see.

Host Kimberly Guilfoyle wanted to know why Matthews “played the race card,” and I wanted to know where I could find a needle to stick in my eye, because in the next instant host Eric Bolling said, huffily, “The guy has never held a job that wasn’t paid for by the American taxpayer. How is that a ‘perfect American?’”

Are. You. Freaking. Kidding. Me?

Listen, cross my fingers and hope die, I am conservative. So, believe me, I’ve got my issues with the President (as do some of my more liberal friends, actually.) But is Bolling serious? Are we now supposed to turn up our noses at public servants as “un-American?” Does he honestly begrudge Obama his Presidential salary? Yeah, I know he was probably also thinking of the President’s earlier jobs, but I still ask—are public servants now to be vilified because they're paid by the public? Geez.

So when Guilfoyle wants to ask about the race card, I say, “Look to your left, girlfriend, and take note of the foolishness coming out of your coworker’s mouth for an answer to that question.”

For the last time (just kidding) and all together now—

“Dear Kim, when it comes to race relations, white conservatives by and large come off like a bunch of racists. That’s why people call you racist.”

The “mastermind” over at myblackfriendsays.com puts it this way:

I tried a few times to write something about the outcome of the election. But this is it in a nutshell: Republicans, people think you are racist. And sexist and homophobic, but I'm just gonna focus on [the] racist part right now. Being racist is no longer seen as socially acceptable, so as long as you have that label following you around, you probably aren't going to win many more national elections.

Now, I have lots of Republican friends, and I know that they are no more racist than my friends who are registered Democrats. So really it is more of an image problem than anything… But it's time for you to have a come to Jesus talk about the future of your party. Because as I've said before, you do have ideas that I think would be amenable to people of color (at least some of them,) but the messages are getting muddled in a bunch of stuff that people are not interested in hearing.

Are you listening, Kim?

I didn't think so.