If You Can't Say Something Nice ... 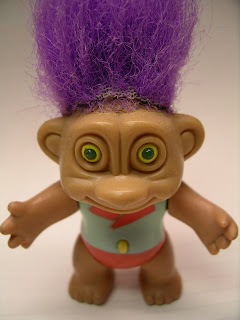 As much time as I spend on the Internet, it’s a miracle this hasn’t happened before.

But regardless, today was my day.

(Well, actually it was Friday, but I didn’t notice until today that)—

I was flamed by a troll.

At some point during my Internet activities, I caught the attention of one of those right-wing “liberty” websites, and I regularly receive email notifications of new postings, causes they want to promote, and so on.

I usually delete them. No questions asked.

Friday, however, my curiosity got the better of me, and I clicked on the link wondering “Could these folks be as bad as their reputation? Maybe I’ll be pleasantly surprised to discover some intelligent dialogue going on over there.”

After noticing that one of the articles was on a topic of interest …  I read it. It was okay, but I thought the author might have missed the mark a little. So, I left what I thought was a pretty reasoned response ... and was flamed.

Now, I should have known better, because the troll had already insulted the writer of the article. But here I come along, in my usual codependent manner, thinking I’m going to add a voice of reason to this discussion and help these folks out, and no, I wasn’t.

Instead, I was told “your [sic] just another useful idiot,” called a “twit” and informed that President Obama is my God. Instead of, you know … the one I regularly proclaim from this seat, Jesus Christ.

And, considering that my comment contained no mention of President Obama, the Presidency in general, the government, or even the White House, I found that tidbit to be more than a little interesting, because what my comment did contain was my real name, which can be found on the Internet alongside my real picture. Not to be paranoid or anything.

After reading the response to my comment, I thought to myself, “Gee, I’ve only been here five minutes, and already the resident troll is making me feel right at home.” It was touching, really.

At the same time, after reading all the comments to the article, I now truly understand why right-wingers have a reputation as gun-slinging, racist, homophobic, hate mongers. Passion is good, and God knows, there’s plenty in this world to be upset about, but some of these folks are out there. My only concern is that some view these guys and gals as representatives of the church, and that's truly disheartening.

When it’s all said and done, I’m glad I checked out the site, because now I know to “unsubscribe” quickly the next time  something comes in my inbox, and that’s one less email message I’ll have to be concerned with each day.

And so, to my troll I want to say—