My God Is Bigger Than O’Reilly’s God 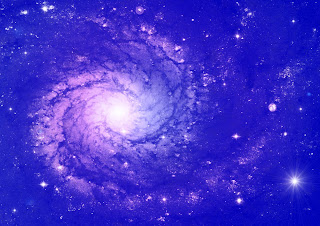 I got the impression O’Reilly was looking for some sort of validation after receiving criticism for the comments he made last week about the bible contradicting itself.

O’Reilly and Jeffress talked about Adam and Eve, how old the earth is, and whether it makes sense to not believe that Jonah was swallowed by an actual whale if you can believe in a virgin birth.

Jeffress fought the good fight, and I was impressed with his apologetics skills. He challenged O’Reilly’s statements that believing in the bible literally is incompatible with science and that we can decide what to believe in the bible by virtue of our reasoning ability alone.

Then came the question I believe O’Reilly had really been wanting to ask all along, “Can I be a good Christian and believe the bible is allegorical?”

Jeffress said yes, stating that belief in Jesus makes one a Christian, and O’Reilly seemed happy with that answer.

Well, I hope he doesn’t stay happy for too long, and here’s why.

O’Reilly is really missing out here.

What do I mean? Let’s talk about Job.

The bible says Job was “blameless” and “upright,” and apparently that bothered Satan, so God allows Satan to test Job, and he suffers greatly as a result. Even so, Job is faithful, but when the hits keep coming, he does break a little, wondering aloud why a good man like him deserves this.

Perhaps he was expecting God to say “My bad! Job forgive me! I don’t know what I was thinking in letting Satan get under my skin like that.”

Where were you when I laid the foundations of the earth?
Tell Me, if you have understanding,
Who set its measurements? Since you know.
Or who stretched the line on it?
On what were its bases sunk?
Or who laid its cornerstone,
When the morning stars sang together
And all the sons of God shouted for joy?
Or who enclosed the sea with doors
When, bursting forth, it went out from the womb;
When I made a cloud its garment
And thick darkness its swaddling band,
And I placed boundaries on it
And set a bolt and doors,
And I said, “Thus far you shall
Come, but no farther;
And here shall your proud waves
Stop"?

And God was just getting warmed up.

He then takes the next sixty verses to show Job who’s who. He asks Job—

Can you lift up your voice to the clouds/So that an abundance of water will cover you? (v. 34)

Who has put wisdom in the innermost being/Or given understanding to the mind? (v. 36)

Is it by your understanding that the hawk soars/Stretching his wings toward the south?/Is it at your command that the eagle mounts up/And makes his nest on high? (39:26-27)

Miraculously, Job hadn’t actually passed out by then (or peed his loin cloth). He is humbled and says—
Behold, I am insignificant; what can I reply to You?/I lay my hand on my mouth. (40:4)

What’s my point? God is AWESOME, that’s my point. He’s all that and a big old bag of chips. Nature moves at his command and … wait for it … HE created science, not the other way around. He created everything, and he can control a fish, for crying out loud.

And if O’Reilly, as a believer, doesn’t know THAT God, then I say again, he’s missing out.

Are you missing out? How big is YOUR God?
Posted by Unknown at 11:07 PM