Evil Capitalists and Other Crimes Against Nature 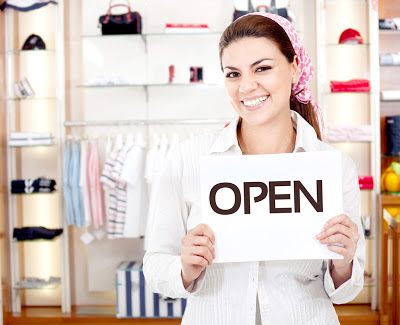 Before heading out to church yesterday morning, I caught the last ninety minutes of Michael Moore’s Capitalism: A Love Story, which was rated R for some bizarre reason.

I know a lot of people like to make fun of Moore, but I’m not one of them. Yes, he’s a little over the top sometimes (like when he places crime scene tape across the gates of AIG and then attempts a citizen's arrest of its CEO), but I believe he takes on good causes, and he always starts me thinking.

In the movie, Moore talks about Franklin D. Roosevelt’s proposed Second Bill of Rights, which would have guaranteed every American a job with a living wage, among other things.

Now, this was the second time in two weeks I’d heard someone on television refer to employment as a “right,” so my ears really perked up. (For the record, the first time was during Michelle Alexander’s televised lecture  about the need to revise our criminal justice system.)

Of course, the ability to earn a living wage is important for most people for many reasons. Yet, is this something the government is in a position to provide? How would that work exactly? I really have to question this given Moore’s statement that capitalism is “evil,” because without capitalism, how are jobs to be created? Moore offers “democracy” as an antidote to capitalism, and I confess I have no idea what the hell he’s talking about.

And I have to say, I’m not seeing why capitalism, in its purest form, is evil. Merriam-Webster defines capitalism as “an economic system characterized by private or corporate ownership of capital goods, by investments that are determined by private decision, and by prices, production, and the distribution of goods that are determined mainly by competition in a free market.”

Now I know there are lots of places for this ideal to be corrupted by human failings, greed being at the top of the list, but is that a reason to throw the baby out with the bath water?

So let’s think about this again. Moore seems to believe that every American should be guaranteed a job, but he thinks capitalism is evil. Maybe I’m missing something, but how can everyone be guaranteed a job without (a) the government providing it or (b) the government providing mucho incentive to private business owners to provide it? And, as a tax payer, I’m not liking either of these scenarios. While I have no problem with government jobs created to fulfill a legitimate need, I can’t see anything but trouble when the government generates work just so people can have jobs. Heck, that actually happens sometimes in the private sector, and trust me, even there it ain’t pretty.

Why? Because when you start guaranteeing employment aside from effort, any hope of a meritocracy goes right out the window. Don’t believe me? Go talk to a few city workers about their performance review process. Like I said, this is maddening enough when you work for a private agency that’s poorly managed but that, theoretically at least, has an actual incentive to be creative and innovative and interested in the pursuit of excellence. At least that dumb company will eventually go out of business, making way for entrepreneurs who want to add value to the economy. But what’ll you have if the government is the sole driver of commerce?

Let me be clear. I’m absolutely no fan of unfettered capitalism run amok that tramples over individual rights and human dignities in the process. Moore’s coverage of the Republic Windows and Doors shut-in really captured my imagination, and I agree with the woman who wondered aloud how some people can sleep at night. Imagine firing two-hundred and fifty workers with just three days’ notice (in violation of the WARN Act) and claiming you have no money to pay for accrued but unused vacation time and severance pay? It’s just wrong.

But I’ll say it again. Perhaps I’ve been an American too long, because I don’t think getting rid of capitalism is the answer. Do you?
Posted by Unknown at 10:03 PM