Looking for Work? Then Lay Off the Drugs, Shut the Hell Up, and Do as You’re Told 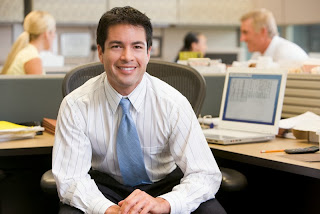 Bob Funk, president and founder of Express Employment Professionals, says that "anyone who really wants a job in this country can have one.”

Yup, you read that correctly. Unemployment numbers be damned, Funk asserts that if you have integrity, a strong work ethic, and an ability to pass a drug test he can find you work tomorrow.

But there’s more. In "Bob Funk: Where the Jobs Are—and How to Get One," author Stephen Moore writes:

“The primary jobs problem today, Mr. Funk says, is that too many workers are functionally unemployable because of attitude, behavior or lack of the most basic work skills. One discouraging statistic is that only about one of six workers who comes to Express seeking employment makes the cut. He recites a company statistic that about one in four applicants can't even pass a drug test.”

Well, according to Funk, that “primary” problem has a couple of strong seconds, and those would be Obamacare (I bet you didn’t see that coming, did you?) as well as laws like the EEOC and the “Dodd-Frank monstrosity.” Because of these laws, Funk says, “employers are living in a state of fear."

Don’t do the crime, and you won’t do the time, okay employer? And I don’t want to hear anything about how people file frivolous suits and employers have no control over that. Sensible policies and a skilled HR professional or two (plus a good attorney on retainer) can nip all that junk in the bud. I’ve done it multiple times.

Perhaps it would be better for everyone if we returned to the days when employees hardly had any rights? Then business leaders could be happy and carefree and spend their days playing the ukulele instead of gaining worry lines over this EEO crap.

I’m really trying to give this argument a fair shot. According to its website, Express Employment Professionals has been in business since 1983 and in 2012 generated 2.3 billion in sales, and you can’t argue with success, right?

Here’s the thing. I can believe Mr. Funk might be able to get “anyone” who’s willing to relocate and accept temporary work at whatever pay rate a job.

But so could a lot of other people in his business. Isn’t that what everyone’s been saying for many months now? That companies are creating more and more part-time jobs instead of full-time, good paying jobs with benefits, leading to a boon in the temp agency industry?

While some say this phenomenon is nothing more than a demonstration of corporate greed, others say it’s a reasoned and expected response to uncertainty about the future. But regardless of the reason, few dispute that it’s happening.

So great. Mr. Funk can get anyone but a druggie with a bad attitude a temporary job.

Kudos to you, dude.

Email ThisBlogThis!Share to TwitterShare to FacebookShare to Pinterest
Labels: Workplace