Why Didn’t You Get the Job? Perhaps It’s Better Not to Know 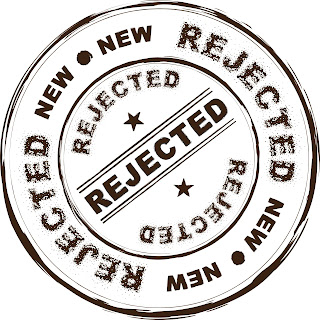 If you spend enough time in HR land (virtual or real), you’ll inevitably hear this question: “Should I ask why I didn’t get the job?”

My answer to this question is an emphatic “it depends.”

If you’re working closely with a recruiter whom you trust, then by all means ask. She may not know why the employer chose another candidate, but she may be happy to tell you whatever she does know.

However, if your primary contact has been the hiring manager, I’d recommend that you proceed with caution before broaching this topic, as there is Danger, Will Robinson! Danger! afoot here.

Need more convincing? Okay, here are my top three reason why you don’t want to ask for feedback about the job that got away.

Reason #1 The Answer Could Be Nonsense
Yes, “the truth hurts.” But what’s even worse than the truth? Someone else’s ridiculous notion of the truth about you.

I’d applied for an HR position and received an immediate response. However, four interviews later I was told thanks but no thanks. The hiring manager volunteered the reason (repeat—she volunteered): I’d used too many consultants in my previous job, and she didn’t think I had the hands-on experience her company needed.

I was dumbfounded. I’ve worked at small- to medium-sized companies my entire career and barely used any consultants at all. Where’d she get that idea? Against my better judgment, I said, “Really? Consultants to do what?” The hiring manager, clearly unprepared for the question, replied, “Well, it came out during one of your interviews with the staff that you’ve never written a policy manual.”

Well, actually I’ve written three manuals and countless stand-alone policies as needed. I’d never said anything during my time with this organization to contradict that fact.

I ended the conversation and said my goodbye quickly, filing the information I'd received under not helping.

Consider this. Many people will not feel comfortable telling you the truth, provided they can even articulate it. And, Company A's reason for not wanting you is likely to have no bearing on what Company B needs or what they'd consider important. All in all then, I say it's better to look forward, rather than being bogged down with some crap data that won't assist you in any way.

Reason #2 You Already Know the Answer
The interview was going well, and then it wasn’t. And you felt it, the moment things began to go South. The question you didn’t answer quite right. The slip-of-the-tongue remark you made about your last boss. The second (or third) interviewer you met, with whom the chemistry was “off.”

The point is, you may not know exactly what’s going on in the head of the hiring manager, but you know enough. Let it go.

Reason #3 The Answer Doesn’t Matter
Face it. You didn’t want the job. Yeah, it would have been nicer if you could have turned them down, but it didn’t happen that way, okay? However, that doesn’t change the fact—you didn’t care about this job. Therefore, there’s absolutely no reason to seek more information about it. God has spoken. Leave it alone.

All that said, if you’re getting interviews and not getting offers, you do want to take steps to ensure you aren’t unwittingly sabotaging your job-seeking efforts. However, I think there are better ways to do this than questioning the employer who turned you down. That employer wants to talk to the candidates he hasn’t written off—not get into a potentially unpleasant disagreement with you about what’s already done.

So, here are two things I do recommend:

And, it goes without saying (almost) that you should prepare as carefully as possible for the interview, which includes not just what you’ll say but how you’ll look. Also, observe all the niceties, such as a thank-you note after the interview.

When it’s all said and done, if you’ve put your best foot forward but didn’t get the job, dust yourself off and don't bother looking back. Continually striving to improve your interviewing skills is good, and there are plenty of people eager to tell you how to ace the interview. So read what they have to say and resolve to do better next time.

But don’t bother with that other hiring manager. No good will come of it.