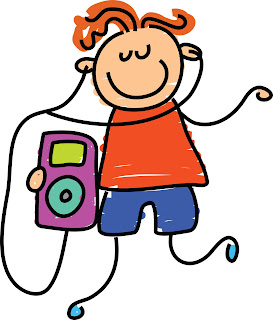 I’m not sure what it is about certain music that makes me feel that I must be a bad person (or one with extraordinary bad taste) to like it. Maybe it’s syrupy, cheesy, “manufactured” (i.e., sung by a band created by a music label), kind of naughty, or considered “too young” for a woman of my … ahem … maturity.

But, like it I do. Here are my top five “I-really-shouldn’t-be-listening-to-this-let-alone-singing-along-with-it” songs on my iPod:

“Timeless,” by Justin Guarini and Kelly Clarkson. Come on, who isn’t a sucker for a ballad? I certainly am. “Timeless” is from the movie From Justin to Kelly, which was truly abysmal. I mean, it sucked. Most of the music sucked too, but not “Timeless!” This is Kelly before she got all “I’m a rocker chick, and I will not sing any more of this sappy crap, so take that Mr. Record Label!” I think she sounds gorgeous, and while I do like “Miss Independent” and “Stronger,” I wish Kelly would consider throwing in a corny ballad on her albums every now and again. Like “Timeless.”

“Rock Your Body,” by Justin Timberlake. I’m sorry, I can’t listen to this song without moving and grooving—even while my kids are saying “Mom, please stop.” I’d be embarrassed to sing some of the song’s lyrics out loud, but that’s not going to keep me from jamming to the beat!

“Everything I Miss at Home,” by Cherrelle with Alexander O’Neal. Am I wrong, or are they singing about having an adulterous relationship? That’s unfortunate. As far as I’m concerned this is an R&B eighties classic, only to be outdone by Pebbles’ “Mercedes Boy.” Good stuff!

“I Wanna Be Free,” by Eden’s Crush. Remember Eden’s Crush? The group formed on the television show “Popstars?” With Nicole Scherzinger? I watched every episode. Look, the album went Gold, so I know I’m not the only chump who listened to this stuff. Stop fronting, people!

“Bootylicious,” by Destiny’s Child. Actually, I’m not sure how this got on my iPod. It sneaked in with “Independent Women Part I” from the Survivor album. “I don’t think you’re ready for this jelly.” Yeah … during the next iPod audit this one’ll probably go. You gotta’ draw the line somewhere.