How Many Lies Have You Told Today? 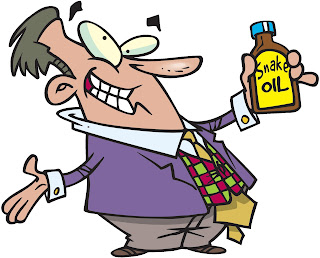 In Bird by Bird (one of my Best Reads in 2012), Anne Lamott talks about how writers develop characters. She says “a writer paradoxically seeks the truth and tells lies every step of the way… You make up your characters … and you need to feel committed to telling the exact truth about them, even though you are making them up. I suppose the basic moral reason for doing this is the Golden Rule. I don’t want to be lied to; I want you to tell me the truth, and I will try and tell it to you.”

Whoa! Hold on a minute! Lamott wants the truth, and she’ll “try” and give it in return. Hmmm…

I don’t think Lamott is being sly. In fact, she sounds very sincere. So what gives here? Is the truth that ambiguous that the best we can do is “try” and tell it? And if it is, then how can we expect to be told the truth? Won’t everyone else face the same challenges we do?

Thinking along these lines reminded me of a book review I'd read for The Post-Truth Era: Dishonesty and Deception in Contemporary Life, by Ralph Keyes. In this book, Keyes argues that “lying has [now] become as common as scratching itches.”

“Okay, slow down,” you say. “Lamott wasn’t talking about lying. She was simply allowing for the fact that she might not tell the whole truth.”

Ah grasshopper ... you are proving Keyes’ point! He writes, “Post-truthfulness exists in an ethical twilight zone. It allows us to dissemble without considering ourselves dishonest.” Because the word "lie" is so harsh and judgmental, Keyes says, we don’t tell lies anymore. Instead we “misspeak,” “exaggerate,” “exercise poor judgment,” and “make mistakes.” We don’t “deceive” we “spin.”

Society has long learned to accept, even expect, lies from corporate representatives, politicians, and those making a living in “Hollyweird,” but Keyes’ assertions go well beyond that. When he says “I think it’s fair to say that honesty is on the ropes,” he’s talking about you and me, folks (and presumably him, too).

The consequences of this view of truth are serious, according to Keyes—although I’m not disagreeing. Here’s a quote from his website. “Post-truthfulness builds a fragile social edifice based on wariness. It erodes the foundation of trust that underlies any healthy civilization. When enough of us peddle fantasy as fact, society loses its grounding in reality.  Society would crumble altogether if we assumed others were as likely to dissemble as tell the truth. We are perilously close to that point.”

This sounds awful. Tomorrow, I'm going to try and get through the entire day without one single "truth shading."  I'll let you know how I make out!
Posted by Unknown at 9:45 PM