Come Now, and Let Us Reason Together … Or Not

I’m someone who tends to believe that most conflict can be resolved by the application of reasoned conversation. This is my bias; it stands despite all  evidence to the contrary.

Certainly we humans are able to reason, but that doesn’t alter the fact that we are highly emotional, too. Start digging deep into the real reasons that people do what they do, and I guarantee you that emotion—not “cold hard facts” will be at the center. Advertisers and real estate agents have known this forever. As have politicians.

I thought about this the other day as I watched Bill O’Reilly more or less lose it while interviewing his two guests—Mary Katherine Ham (a conservative columnist) and Juan Williams (a journalist and political analyst).

O’Reilly has gone on record as stating that “entitlements” drove the Presidential election and that people voted for President Obama because he promised them “free stuff.” He has been criticized for his position, which he’s strenuously defended. During this particular show, Ham wouldn’t agree with O’Reilly’s assessment, and so he demanded that she tell him why people voted as they did. In his view, there were only two options. Either voters voted on social issues (gay marriage, abortion, etc.) or financial issues (i.e., “free stuff"). “Social or financial!?” he shouted at Ham.

Both Ham and Williams tried to explain to O’Reilly that the majority of voters simply identified more with the Democratic party and President Obama than with Romney, but O’Reilly would have none of that.

I wanted to shout at O’Reilly that the reason is neither social nor financial—it’s emotional man! President Obama struck a chord with some folks, while Romney, and the Republicans in general, rubbed them the wrong way. End of story. 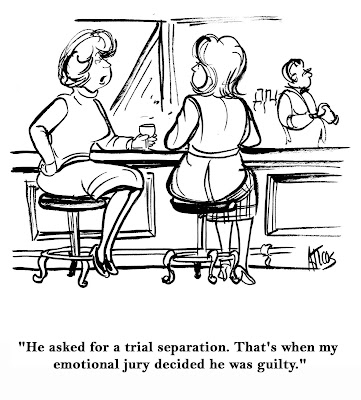 From my perspective (and this is a perspective I’ve garnered from watching years of conservative commentary) O’Reilly’s frustration stems from his inability to fathom what it feels like to be part of a social underclass repeatedly targeted as “not good as” because of financial status, gender, color, ethnicity, or whatever and to then have a leader who comes along and says (in effect) "I don't believe that about you at all. You’re certainly as good as. Furthermore, we’re in this together, and we’re going to help each other.” That’s a very powerful message and one that’s in stark contrast to “In America, we’ve always pulled ourselves up from our bootstraps! If more people were willing to pull themselves up from their bootstraps (and we'll help, honest) this country could be great again!” which we heard from the Republican camp. I don't believe that the majority of voters had so much as a lick of faith that Romney would be willing to help them “pull themselves up” especially given the bad publicity surrounding the “47%” comment. (By the way, the manner in which Republicans have been bashing Romney since he lost the election is not helping their credibility, in my view.)

During a pre-election conversation, a friend of mine said that she believes the gap between the “haves” and the “have nots” is getting wider and wider. I don’t entirely disagree, but when I listen to O’Reilly, I think it’s more about the gap between those that identify with the haves and those that identify with the have nots, regardless of their actual economic status. It’s not financial. It’s ideological. It’s emotional.

During the campaign, it was clear that both parties understood the importance of appealing to emotion. And President Obama was simply better at that than Romney.
Posted by Unknown at 10:14 PM