‘Employees Are Our Greatest Assets’ and Other Fahooey 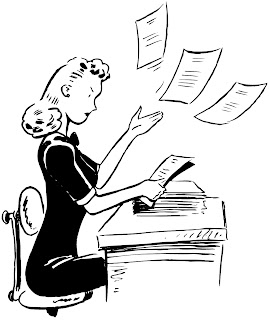 Earlier this week a reader responded to my posting about Adria Richards by saying, “However unfortunate, this reflects the bigger reality that employees are an expendable resource.” The reader then added his hopes that Ms. Richards finds another rewarding job.

After thinking about it a bit, I responded “Me too … and I hope the termination conversation was humane, if nothing else.”

I had to think about this response for a while, because I stumbled on “employees are an expendable resource,” wondering, are they? Or is that just a convenient lie we tell ourselves?

I mean, are human beings ever truly expendable?

Then I looked up the definition of the word on freedictionary.com and had to admit that yes, human beings are expendable.

ex-pend-a-ble. Open to sacrifice in the interests of gaining an objective, especially a military one.

So, my reader was spot on, and I agree with him about the “unfortunate” part.

But then my next question was, “How the hell did this happen?”

And it turns out I’m not the only one who’d ever wondered about that.

Have you ever heard of the “Never-Never Girl?”

She’s the invention of an 1970’s advertisement extolling the benefits of temporary workers. The “Never-Never Girl” never asks for a vacation, never asks for a raise, and never costs an employer in fringe benefits.

In addition, she “Never costs you a dime for slack time. When the workload drops, you drop her.”

In “The Rise of the Permanent Temp Economy,” sociology professor Erin Hatton argues that the “evangelizing of the temp industry,” deserves a big part of the blame for the modern-day idea that employees are a profit-eating burden from which employers need relief.

Consider this. When Manpower and Kelly Girl Services were formed in the late 1940s, union power was at its peak. However, these agencies managed to avoid union ire by advertising their jobs as mostly suitable for young, white bored housewives looking to earn a bit of pocket money. Hatton writes:

While greater numbers of employers in the postwar era offered family-supporting wages and health insurance, the rapidly expanding temp agencies established a different precedent by explicitly refusing to do so. That precedent held for more than half a century: even today “temp” jobs are beyond the reach of many workplace protections, not only health benefits but also unemployment insurance, anti-discrimination laws and union-organizing rights.

One advertisement in the 1971 issue of The Personnel Journal even urged employers to convert its employees to temps. Why not?

“Just say goodbye… then shift them to our payroll and say hello again!”

Hatton sums it up this way—

According to the temp industry, workers were just another capital investment; only the product of the labor had any value. The workers themselves were expendable.

And there you have it. One very compelling argument for how, at least in part, we got to where we are.

By the way, I highly recommend that you read the entire article. It’s really quite fascinating.

Hatton says that we want good, living wage jobs to return to this economy, then we’ve got to figure out how to keep the best of what the temp-worker model has to offer while ditching the anti-worker ideology.

What do you think? Is Hatton's argument persuasive? Or is she peddling fahooey?
Posted by Unknown at 10:27 PM