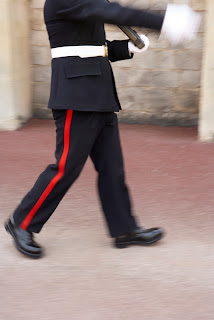 The other day, a distressed woman told me about her job situation. Specifically, she works for a difficult boss who “likes to keep [her] under his thumb.”

She told me that she has more than twenty years of experience in her field and more than eight years working for her current employer and that she’s never had a problem with any boss before. But this guy is different. She can’t quite figure out how to please him. If she offers an opinion, he doesn’t like it. If she withdraws and keeps to herself, he doesn’t like it. She needs her job, and she can’t quit. But while she enjoys the work, she hates working with her manager. She told me that “It’s almost like I’m never supposed to disagree with him.”

A few days later I was speaking with another woman, and she told me that she sees an almost “pathologic conformity” at play in the workplace. Which reminded me of yet another woman who told me that one of the reasons she left her last job was because she felt “muzzled.”

By now you’ve read the news reports about the elderly woman who died after collapsing on the floor of her retirement home and the facility staffer who refused to attempt CPR, despite repeated urging by the 911 operator. The staffer instead insisted that they’d have to wait for the ambulance, because it was against policy for her to administer medical treatment to residents, and her manager wouldn’t allow it.

Pathological conformity can have deadly consequences.

Today I asked a friend, "When did doing exactly as you’re told, no questions asked, become a condition of employment for so many positions, regardless of the experience or knowledge of the person holding the position?"

She told me that she doesn’t see this as a new circumstance. It’s just that in times past, more people had more options and would quit rather than work with a tyrant. Now, times are tough, and people are sticking it out—even if they’re literally getting sick doing it.

I said, okay, but that doesn’t really answer the question of why there are so many tyrants in the first place. This really is an awful way to manage, I said. Generally, it only works for a time, and it’s just wrong. (Sorry to sound naïve. It’s just that I really do still believe in right and wrong.)

My friend had no answer for that.

Maybe I’m talking to all the wrong people, but it seems to me that this is a very disturbing and unproductive trend. And it reminds me again of why, when Seth Godin writes that it's better for employees to speak up than keep silent, I just want to scratch my head. It makes sense to me and Seth but apparently not for any of the managers managing any of the people I’ve been speaking with lately, and I wonder about that.

In 10 Reasons Why 2013 Will Be the Year You Quit Your Job, author and entrepreneur James Altucher gives as Reason #3, “Corporations Don’t Like You.”

Relaying a conversation he’d had with the executive editor of a “major news publication” he writes,  “ … his main job was to destroy the career aspirations of his most talented people, the people who swore their loyalty to him, the people who worked 90 hours a week for him. If they only worked 30 hours a week and were slightly more mediocre he would’ve been happy. But he doesn’t like you. He wants you to stay in the hole and he will throw you a meal every once in awhile… If anyone is a reporter out there and wants to message me privately I will tell you who it was. But basically, it’s all of your bosses. Every single one of them.”

So, okay, Altucher might be laying it on a little thick, but does he have a point?

When I listen to the stories of employees like the ones I mentioned earlier, I think he might. And while I believe in the usefulness of rules and the importance of learning how to be a good follower, a slavish conformity to authority has historically proven to not be such a great thing.

What do you think? Is “pathologic conformity” the hallmark of the modern American workplace?
Posted by Unknown at 10:53 PM