The Youngin Speaks: Not EVERYTHING Is About Race 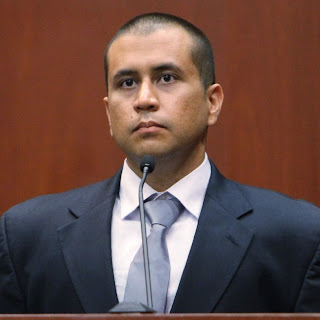 My son Adam is about to drive me crazy.

Why? Because he wants to teach me about race relations, and mostly I don’t think he knows what he’s talking about.

Here’s how it started.

My husband mentioned that while listening to the radio today a caller and the host began discussing Trayvon Martin’s legacy, and at the mention of the word “legacy,” Adam kind of went a little nuts.

“What legacy?" Adam wanted to know. "His death is tragic, but Travyon Martin isn’t a martyr. He didn’t die fighting for some cause! He’s not in the class of Martin Luther King, Malcolm X, and Ghandi.”

I’ve deliberately not watched, read, or listened to much about this case, because I just didn’t want to get swept up in the emotion of it. Also, a young man was killed, and as a parent, I don’t know, I feel a certain amount of respect toward Tracy Martin and Sybrina Fulton and their grief. If Martin had died engaged in criminal activity, I’d feel differently. But he didn't, and I don’t. So I haven’t had much of anything to say about this case. Plenty of other people were talking anyway.

But then Adam gives his opinion, adding something to the effect that while racism still exists that doesn't mean everything is about race.

And this response apparently was not what Adam wanted to hear, because I was then criticized pretty heavily for being “stubborn” and a bunch of other things that all boil down to me being resistant to “progress.”

“Things have gotten better, you know,” Adam tells me.

Fine, I say. Tell that to the troll who referenced our "trashy, ghetto" neighborhood and accused me of being jealous of suburban whites because I expressed my opinion that US race relations aren’t that great. (Ironic, right?)

Listen, I’m all for dialogue, conciliation, and improved relations. But like any relationship, it takes all parties to make it work. And from where I’m sitting, national dialogue about race relations is more or less at a standstill, because the majority of white leaders have pretty much taken their ball and gone home. There is no problem, they say. Or, they say, yeah, racism still exists, but it’s not THAT big of a deal.

Just yesterday, during an interview with CNN, Governor Rick Perry said “our justice system is colorblind,” and come on. Regardless of what you believe about the George Zimmerman/Trayvon Martin case, you’d have to be a fool to think the entire justice system is somehow completely exempt from the bias that affects other societal institutions, such as the educational system.

Well, to be fair, perhaps Perry thinks the educational system is colorblind, too?

And, when I turn on the television, I don’t see much intelligent conversation among people of differing viewpoints. Mostly I see a lot of people of like mind yacking it up. And that’s on whatever channel I’m watching.

So, yeah, I might be a little stubborn. I’d like to think that our systems are free of bias, but I don’t. I can’t. If that makes me less “progressive,” then so be it.

Sorry to be such a disappointment, Adam.