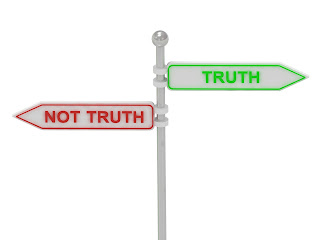 What does it mean to say that something is true?

I ask because I’m continually perplexed by the opinion that there is no such thing as truth—only “your truth,” or “my truth,” or “their truth.” Because along with this opinion generally comes an additional opinion that since there is no such thing as truth, some folks have got some nerve talking about “truths” and how said truths may or may not impact the world in which we live.

Talk about a sly, if irrational, way to try and get some folks to shut up and accept The World According to You.

Well, I don’t accept The World According to You, the one in which nothing is true, and therefore we should all live as though everything is and could be true. That would actually be me living within YOUR TRUTH instead of according to what I know is true. Instead, I will cease to throw my pearls to swine, which I think is a better bet for us both.

See, I’m of the opinion that the sun doesn’t rise each morning because you believe it does.

Truth may be elusive, but to say that it doesn’t exist is silly (at best) and deeply rebellious (at worst).

And to say, "Well, perhaps truth exists, but we couldn't possibly know what that truth is, right?" is also problematic. Why should I believe YOU that truth can't be found? What evidence do you have to make such a statement? I'll be honest. This sounds like an awfully convenient statement to justify your opinion of How the World Should Work  According to You.

I like to sing. I don’t play the piano. I live in Philadelphia. I don’t live in Miami.

But good luck to you trying to shut me some folks up.