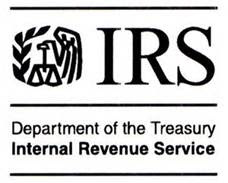 The IRS saga continues, with the latest news being that two IRS administrators have been suspended for accepting free food during a 2010 conference in Anaheim. Yes, that’s right. Free food.

Raise your hand if you think these two are being scapegoated because of all the bad press surrounding the 4.1 million the IRS spent on this three-day conference.

No question, 4.1. million is a lot of money. But consider this—2600 employees attended. So, that 4.1. million amounts to roughly $1577 per attendant. That actually doesn’t sound so bad. I’ve attended many a conference only to return home and complete an expense report in that ballpark. Once you add in airfare, and hotel stay, and meals, and tips, and local transportation—shoot, it gets expensive.

And so, everybody is talking about the costs—while nobody is talking about whether the workers needed the training. And you know why? Because it’s a nonissue that’s why. Nobody cares if the IRS workers receive training, and more to the point, nobody believes that these types of conferences facilitate learning. Instead, we’re all thinking, “If some insanely successful private company somewhere wants to spend boatloads of money on some foolishness and call it “leadership training,” God love ‘em. But doing this crap on the taxpayer’s dime? Oh HECK no! “

And I say, it’s about high time somebody blew the lid off this mother.

Been There, Done That
In my previous life, I was required to attend annual sales conferences, and I hated them. What did I learn? I learned that some of my coworkers can’t hold their liquor worth a damn. I learned that others aren’t too fussy about their wedding vows. I learned that still others are boring-as-hell public speakers and don’t seem to know their jobs real well. Oh, I did learn quite a bit about the company culture, I’ll give you that. But wait for it … I can’t think of one useful thing I learned about our products or our selling strategies. Are all conferences this useless? Probably not. Yet some doubtless are, and corporations keep booking ‘em.

According to a report released by the Treasury Inspector General for Tax Administration (TIGTA), the purpose of the conference was to train managers from the Small Business/Self Employed Division about some “significant changes” that were coming down the pike. The report states, “The focus of the meeting included employee safety and security training due to a substantial increase in security threats following the suicide attack on an IRS facility in Austin earlier in the year.”

Can I Get a Witness?
I hope the conference goals were met. But more than that, I hope this controversy will cause at least one organization to rethink this wasteful corporate tradition. Workers definitely need to learn, especially in our fast-moving global economy, but it seems to me that the big annual offsite conference needs to go the way of the dinosaur—and the quicker the better.

Dolores A. Davis, Founder and President of Davis Associates Consulting Group, Inc. in Philadelphia, has facilitated numerous workshops during her more than twenty years in management and training. When asked about the future of the traditional offsite conference she said:

“Given today's economic reality, extended offsite training programs and conferences are becoming increasing challenges for corporations to approve at the same rate they previously did. Instead … corporations are [more and more] turning to technological solutions, including “blended” training, DVDs, and Skype. Coaching is another vehicle frequently used today, especially for more ‘focused’ and individual attention.”

Why Are We Doing This Again?
Let’s be honest. The perception of “corporate training” is only slightly better than that of the annual performance review. We all do it, yet no one really believes the benefit outweighs the effort. But continuous learning is absolutely fundamental to competency maintenance—just like feedback is important to improved performance—so we can’t throw the baby out with the bathwater. And I for one, am tired of hearing about how corporate training is a joke, when it’s vital and shouldn’t be a joke at all.

And so, while I’m annoyed about how that darn "dancing" IRS video is being portrayed in the media, at least it’s a good jumping off point to more and better discussions about learning—no “goodie” bags allowed.

So let’s take advantage of that, please.
Posted by Unknown at 9:26 PM