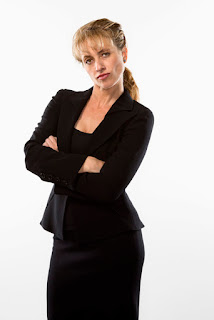 If you’re a woman who doesn’t like women, I’d sure as hell like to know what’s your problem.

And if you’re a man who’s afforded power to a woman who doesn’t like women, I’d sure as hell like to know how the women-hating-woman pulled one over on you.

They hoard knowledge, backstab, engage in sabotage, lie, and are so damn phony.

Now, what’s got me on this kick today?

Well, I was talking with a friend of mine, and we discovered that we have a mutual WHW business acquaintance. Ugh. From now until the day I retire I’d do backflips to avoid sharing space with one of these, but I may be unable to. Shame.

A web search revealed an astonishing dearth of articles on the topic. There are plenty of articles about men who hate women, but hardly any about women who dislike other women, and one of the three articles I found was written by a man. Nope. Not biting. As I’ve already implied, men don’t generally have a lot of insight into this issue.

I'm not going to lie to you. I don’t have much advice on how to work with a WHW, except to spend as little time with her as possible. And don’t trust her. Don’t do it.

I know a WHW who has betrayed every woman in her place of business unlucky enough to trust and befriend her. Every one.

On the plus side, I’ve found that women-hating-women are fairly easy to detect, because if you’re a woman, they’ll start treating you like crap pretty early into the relationship. It seems they can’t help themselves from being sarcastic, condescending, and rude to other women.

Actually, there is one other piece of advice I can offer.

While there are some women the WHW seems to treat well, take note. These women are generally impressionable and passive or otherwise at a point in their professional development when they're willing to be “molded.” Any woman not at this point in her career or with a serious backbone can forget it. So whatever you do, do NOT get any misguided notions about being the ONE woman superior to all others who can gain this WHW's admiration. Pride truly does goeth before a fall, my friend.

Finally, remember this. Most women actually like other women, and female friendships can be a great source of joy and comfort.