A Fool For You 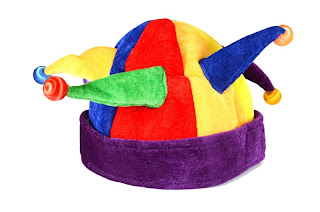 Earlier this month, Personality and Social Psychology Review published an article titled, “The Relation Between Intelligence and Religiosity: A Meta-Analysis and Some Proposed Explanations,” which concluded that religious people are less intelligent than atheists.

According to the Huffington Post, lead author Professor Miron Zuckerman of the University of Rochester and team drew from sixty-three scientific studies going back to 1928 to form their conclusion.

For purposes of the study, intelligence was defined as the “ability to reason, plan, solve problems, think abstractly, comprehend complex ideas, learn quickly and learn from experience.”
Well, that sounds like a pretty good definition. I won’t quibble about it.
And I won’t even quibble about the focus on what the authors call “religiosity,” which is defined as “involvement in some (or all) facets of religion, which includes belief in the supernatural, offering gifts to this supernatural, and performing rituals affirming their beliefs” although I know for a fact there’s a marked difference between someone like myself—who professes to have a personal relationship with Jesus—and someone who is merely “religious.” (Go ahead and get mad if you disagree. That’s your prerogative.)
But I’ll say this. While reading the various reviews of the study, two things immediately come to mind.
The first is 2 Timothy 3: 7, in which Paul describes a type of person in the last days who is “always learning and never able to come to the knowledge of the truth.”
The second is the song "Fool For You," by Nicole Nordeman, which contains the lyrics:
I’d be a fool for you
Oh because you asked me to
A simpleton who’s seemingly naïve
I do believe
You came and made yourself a fool for me


So, while there may be those who think they've got "religious folks" like myself all figured out, they haven’t.

And I honestly don’t care who thinks I’m less than bright for wanting to “chant a dead man’s name” or for believing that he can “walk on waves,” to quote two other lines from Nordeman’s song. So be it.

It’s an interesting study, though.
Posted by Unknown at 11:17 PM