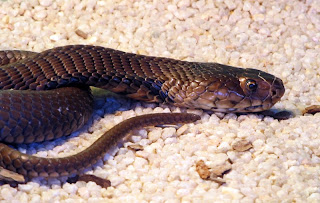 A recent article on PsyBlog maintains that many horrible bosses have a bona fide narcissistic personality disorder.

Not all experts agree whether personality disorders are real mental illnesses, but regardless of whether you believe a personality disorder is a sickness or more of a character disturbance, I’m guessing you wouldn’t knowingly choose a narcissist for a boss, right?

According to a study by Back et al, narcissists are quite likeable and charming—in limited social settings and before you really get to know them—like during a cocktail party or um … a job interview. And surprisingly, what seems to attract people to narcissists the most is their sense of entitlement.

But your boss doesn’t have to be a narcissist to be crazy. Oh no. He could be a psychopath instead.

According to a study conducted by psychologist Kevin Dutton, these ten professions harbor the most psychopaths:
You saw #1, right?


If you’re curious what makes a psychopath, Dutton has posted a quick and dirty test on his website. Maybe you could trick your boss into taking it? Or maybe it’s better not to know? You decide.

A common statistic is that nearly 1% of the general US population is psychopathic, but some have estimated that the percentage in certain sub-populations is much higher. For example, the number of psychopaths in prisons is estimated to be between 15 and 25%.

And Dr. Paul Babiak, who along with Dr. Robert Hare (“grandfather” of the psychopath test) wrote Snakes in Suits: When Psychopaths Go to Work, estimates that within management positions, the percent of psychopaths is more like 4%.

Here's the list of psychopath “red flags” from Babiak and
Hare's book. (Dang straight I have my copy…)

In The Psychopath Test (I had a copy but lent it out), author Jon Ronson jokes that after researching the topic he was meeting psychopaths everywhere, able to spot them a mile off.

But the truth, as he knows, is that it’s not that easy. Not even for trained medical professionals.

Still, that doesn’t change the point—

You may not be crazy to suspect your boss is crazy.