College Debt Got You Down? Well, Maybe You Shouldn’t Have Gone 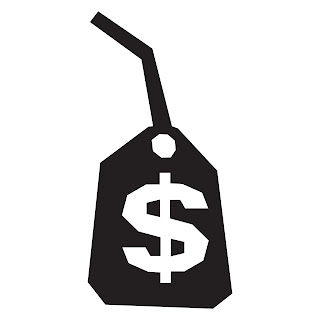 I just read Students Are Responsible for Student Loan Crisis, which takes an unusual view of the student debt crisis.

The author, Michael Carr, argues that investing in a college education is a business decision that should be made much like other business decisions—with an eye toward return on investment (ROI).

Carr referenced PayScale's college education ROI formula, which is a little sketchy, I think, in that it merely looks at a school’s tuition and then compares it to the average median lifetime earnings of graduates from the school. That sounds like a formula with a decent margin for error, but okay.

After a review of the data, Carr concludes that:

“[In the future] higher rates will make college loans unprofitable for most students…Student loans are not sound investments in all too many cases. If interest rates rise, there will be a crisis as graduates find themselves struggling to pay off a bad investment.”

Of course, Carr isn’t the only one who’s concerned about student loan debt getting out of control. If you’re a parent who isn’t independently wealthy with college-age or at-some-point-to-be-college-age students, I imagine you’re worried. I know I am.

Entrepreneur Mike Rowe, founder of Profoundly Disconnected, has a whole bunch to say on this topic. During a recent interview on Mike Huckabee,  Rowe asserted it was nuts that we’re “lending money we don’t have to kids who can’t pay it back to train them for jobs that no longer exist.” Rowe says that we should put more effort into supporting the skilled trades, and his foundation aims to do just that, by providing scholarships to students who are part way through an accredited trade school or apprenticeship and who need financial assistance. As someone who just recently paid a plumber $250 for an hour of work, I can’t disagree with Rowe’s position.

However, I do have a bone to pick with Carr, who makes it sound as though college is an outrageous luxury and students are deciding willy nilly to go.

Again, I can get on board with Rowe. If the trades interest you, by all means, get thee to the nearest program. We need more skilled trades people, and they surely make a good living.

But if you’re interested in any type of white collar position, a college degree is not a luxury but a necessity, especially for people of color.

And these kids didn’t create the environment. Hiring managers and HR folks did. Nobody should have to spend $120,000 to learn how to be an administrative assistant, but that’s the way this game is being played now.

For example, recently I’ve seen two ads for an HR Manager—Manager, not Director, not VP—with a Master’s degree as a requirement. That foolishness is not the fault of college students.

So, I take issue with Carr’s somewhat cavalier assessment of kids who decide to get a college degree, even while I agree that it behooves students (and their parents) to think seriously about how to defray the cost of education, perhaps with the aggressive pursuit of grants and scholarships and a deliberate strategy, such as going to community college for two years and then transferring to a university. Of course, any parent who can afford to should begin saving for his child’s college education as soon as possible, maybe taking advantage of a Section 529 Savings Plan.

In the meantime, I sit patiently, waiting for the revolution. I have to believe that there’s a tipping point here, that college tuitions can’t keep rising as they have, remaining unchallenged by the masses.

At least, I hope not.