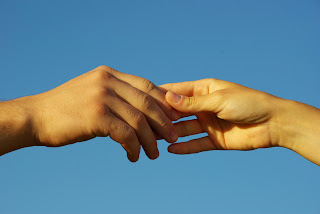 For example, last week a colleague (heck, I thought she was a colleague—my bad) sent me a nastygram for inquiring whether she could use my HR consulting services to rewrite a job posting (trust me, she could). Well, excuuuuuuuse me for trying to make a living, lady!

But let’s be honest, this is just petty stuff. Such behavior is nothing compared to all the crime and unspeakable acts of cruelty people can inflict on each other.

Still, for a bunch of different reasons, I have hope. And the truth is, I’ve been the recipient of some extraordinary acts of kindness. Today, I thought I’d write about three.

It’s on the House
So, I’m a College Junior, and I find out I’m pregnant.

This is bad news. Really bad news. I have no husband and no health insurance, a part-time job, a father who’s told me since I was like, five, that he “wasn’t raising nobody else’s babies,” a year of school to finish, very little money in the bank, and two people (my boyfriend’s parents) who’ve more or less banned me from their home. In other words, I’m up a creek with a really small paddle.

Well, no matter. It’s time to get my crap together. First stop, the university health center. (I know, I should have stopped there a month earlier, but anyhoo…)

And as the Lord (yes, I firmly believe that although I wasn’t thinking about him he was thinking about me) would have it, I met the most wonderful counselor a young, frightened girl could find. She offered both practical advice and wise counsel. Through her, I secured health insurance and found a fantastic OB/GYN, who later waived his doctor’s fees. You read that correctly. I got a bill from the hospital, but there were no physician fees.

A Small Word of Encouragement Goes a Long, Long Way
I was seventeen and had just started working at an auto-tag place in my neighborhood, hoping to earn some pocket change for the summer. A bunch of other kids worked there as well, and wouldn’t you know it? They hated me. It’s a way I have, apparently. They were an extroverted loud bunch that had already bonded, and I just didn’t fit.

I’ve mentioned Bea in another post. She’s the pragmatic assistant who taught me that a drunk boss is still THE boss, but she taught me something else as well—namely, the positive effect a caring adult can have on an awkward, self-doubting teen. Because of Bea, I survived that rough summer with those unkind teens. She and I formed our own clique.

But all good things must come to an end, right? So too the summer, and Bea and I needed to part ways, but not before she gave me a gift. A letter. And in the letter, Bea told me that she’d enjoyed working with me and that she could sense I was a special young lady who was going places, and she wished me well. But she didn’t just say “you’re a special young lady who’s going places.” She listed a bunch of qualities of mine she admired.

She ended the letter with her prediction that as I grew older, people would pass in and out of my life (“around for a season”) and that it was okay—we could still touch and be touched by them.

Take it, Please
Back to my college days.

I’d been offered a summer job on campus as a research assistant. I’d worked in the program all semester and liked the work and the people. Also, I needed the work. I was pregnant (see above), and my husband (the former boyfriend) and I needed the money.

But it wasn’t to be. At the last minute, the job fell through.

Andrea, the secretary who’d told me the funding was set, reluctantly gave me the news, but she didn’t stop there. “This is my fault” she said. “I’ll write you a check for the money you’d have earned this summer.”

I protested, stunned. “What? I can’t have you do that! Thank you, but it’s okay.”

I had no idea how it was going to be okay, but it needed to be okay, so it would be okay. Andrea, an older woman, insisted. “No, it’s fine. My husband makes plenty of money.” Waving her hand at her desk she said, “I only do this to stay busy.” With that, she wrote a check out to me and handed it to me, wishing me well.

Wow. How often does that happen?

And so, I know, people can be NASTY (my brother says I’m a magnet for the short-tempered), and it can be annoying and hurtful and an all-around downer.

But people can be extraordinarily kind, too. I know it for a fact.

What about you? Have you experienced any extraordinary acts of kindness? Let me know!