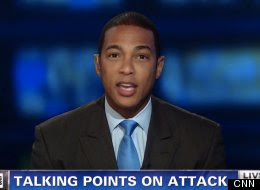 Not surprisingly, Don Lemon is taking a tongue lashing for his comments in support of Bill O'Reilly's advice to the African American community about resolving our problems.

On a “No Talking Points” segment, Lemon said that O’Reilly didn’t go far enough with his advice and that if black people really want to fix the problem, we’ll do five things:

For his uh … insight, Lemon has been called an Uncle Tom, a member of the entitled and out-of-touch “Black Bourgeoisie,” “an angry white man who just happens to be black,” a puppet of the far right, and without a doubt a bunch of other things I haven’t yet discovered.

Well, I tend to agree with those who cried “foul” over Lemon’s complete lack of conversation concerning systemic racism and failing schools. However, it’s problematic in a conversation such as this to focus only on racism while throwing personal responsibility out the window. When you do that, stuff gets stupid quick.

For example, regarding the n-word, Chris Rock offered his two cents that it's okay when black folks say it, because we've taken it and made it into “poetry.”

I don’t use the word, and I don’t like the word. Having said that, I’ll reluctantly accept that some in the black community use it without intending to insult, and I’m not doing battle with them over it. But let’s not call it poetry, okay? That’s a bit much.

Then, while talking about saggy pants, Russell Simmons (in a letter to Lemon) wrote:

“Hip-hop language and clothing styles are expressions of frustration with the status quo. Young people sagging their pants today is no different than young people rockin’ afros, dashikis or platform shoes in the 60’s and 70’s.”

Are you kidding me, Russell? No different? The motivation (that is, a desire for creative expression) may or may not be the same, but the execution is most definitely not the same, and the execution counts. Revealing your natural hair texture and revealing the crack of your ass are not the same thing. Cut the crap already, dude.

So, while I think Lemon’s take on how to solve the “African American problem,” is more than a little simplistic, I can’t agree with what all his detractors are saying, either.

But let's be clear. Racism is a problem, okay? There’s no getting around it. And while I won’t comment on the whole “angry white man” statement, I will comment on another portion of that opinion piece—the portion that referenced Yolanda Spivey's experiment on Monster.com.

Spivey, an African American woman, wondered whether she’d get more job call backs if she changed her name on her resume and indicated her ethnicity as white. What do you think happened?

Go ahead and read it. It wasn’t a scientific experiment and perhaps not controlled as such, but you can’t just dismiss the results out of hand, either. All the belts in the world ain't going to fix this.

I respect Lemon's opinion and his right to assert it, and he's got a point. What black folks can control we should control.

At the same time, we can't control all this mess. Other folks need to be held accountable, too. But we can't win support for that by talking about the n-word as "poetry" and likening public droopy drawls to afros.