Many Americans Have No Friends of Other Races, Poll Reveals 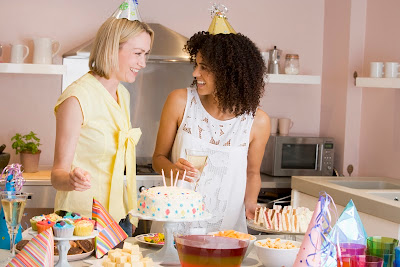 According to the poll, nearly forty percent of white people have no friends of other races. Nearly twenty-five percent of non-white Americans can say the same thing, except for those non-whites in the Latin community, where only ten percent report not having friends of different races.

Not surprisingly, Americans age thirty and younger report a higher percentage of friends of different races. In fact, about one third of Americans in this age bracket have a partner or spouse of a different race, compared to one tenth of Americans over 30.

As I said, I found this poll to be interesting in that it confirmed some things I’ve noted anecdotally.

My husband has the experience of being the only white person at some family gatherings, it’s true, but we both have other mixed couples (his cousin and her husband; my cousin—herself of mixed race—and her husband) on the family free, and both of us have friends of different races.

Still, the poll makes me wonder. Taking my husband completely out of the equation, I honestly can’t imagine having no friends of other races. How does that happen exactly?

In my Sociology 101 class (great class; probably one of the most engaging courses I've ever taken, seriously), I remember the teacher telling us that friendships are based much more on proximity than we’d like to admit. Think about it. Haven’t you ever lost touch with friends darn near the moment you switched jobs or neighborhoods? I know I have.

And even though many neighborhoods and churches remain segregated, most workplaces contain some diversity. Depending on the industry and the location maybe not a whole lot, but some. And so this poll tells me that folks have to almost go out of their way to remain surrounded by people who look like them.