Are the Rich Really That Different From the Rest of Us? 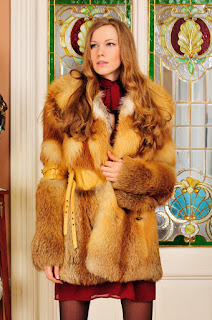 I was reading from a list of  so-called obnoxious statements made by Gwyneth Paltrow, who was voted “Most Hated Celebrity” a few weeks ago. (She was also voted "World's Most Beautiful Woman" in the same period. Go figure.)

Most of the quotes on the list didn’t strike me as truly obnoxious; they weren’t even that interesting. (Really Paltrow? You’d rather smoke crack than eat cheese from a tin? Sure you would.)

"I don't really have drunk friends. My friends are kind of adult; they have a drink. But they hold their liquor. I think it's incredibly embarrassing when people are drunk. It just looks so ridiculous. I find it very degrading."


What the heck’s wrong with this statement? I can’t stand to be around drunk people either and for all the same reasons. Ick.

But this quote was interesting, I thought—

"We've got a wood-burning pizza oven in the garden—a luxury, I know, but it's one of the best investments I've ever made."

So I got to wondering, is she right? Is it impossible for a rich person to act like someone of far fewer means?

I won’t conjecture about Paltrow specifically. I assume she knows herself, and even if some other celebrity could pull this off, she’s saying she can’t. Or won’t. Whatever.

What I’m interested in knowing is, could anyone in her position? Because Paltrow is not a first-generation celebrity from modest means. Her father was a famous director and producer, and her mother, Blythe Danner, is a well-known and respected actor. In other words, I presume (not having been given access to anyone’s bank statements) that she’s been wealthy her entire life. And there are those who say that the rich are definitely different from the rest of us.

I remember a friend confiding in me her outrage when the owner of the company where we worked spilled wine on her dress at a business function.

“You mean he didn’t apologize?” I asked, somewhat surprised. (This was the same guy who’d once invited me to sit on his lap—and I’m sure he was joking, but hey dude, I don’t know you like that, okay?—so I wouldn’t have been completely shocked if she’d said, “No.”)

But she didn’t. Instead she told me, “Oh, he said ‘Sorry,’ but it was real casual. Like ‘Sorry, ha ha.’ Maybe to him it’s no big deal to spend money on dry cleaning, but to me it’s a big deal. I just got this dress out of the cleaner’s!”

This story has stuck with me for I don’t know how many years. Was my friend, right? Did this (rich) man dismiss the impact of red wine on her light-colored dress because of his socioeconomic status? Does Paltrow have no idea that when she talks about pizza ovens and trips to Paris that she sounds entitled and a little obnoxious? Of course she is entitled, that’s a fact. Should she pretend to eat at Joe’s Crab Shack and stay at Motel 6 while vacationing at Disneyland to hide that fact?

What do you think? Do those with money owe the rest of us a little humility about it?