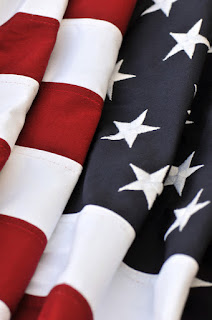 In 1868, General John A. Logan, then commander-in-chief of the Grand Army of the Republic, the veterans' organization for Union Civil War veterans, issued a proclamation calling for "Decoration Day" to be observed annually and nationwide. By 1882, “Decoration Day” had evolved into the “Memorial Day” that we now celebrate.

Some lament that the holiday isn’t observed with the same reverence as in days past. I admit that I certainly haven’t done so. Mostly, Memorial Day has been a chance for me to escape work.

However, I no longer have a job from which I care to escape, and I also have a son in the Army. So this year, I’m intending to be a bit more mindful of the men and women who gave their lives in service to this country. For starters, I’m going to write my son a letter.

It’s a shame that national sentiment has transformed such that there are those who view the armed forces as something to do when you can’t do anything else. It’s no doubt true that plenty of  “lost souls” have joined the service looking for direction or purpose or perhaps just to kick some butt. That said, there are plenty of men and women—I’m convinced of it—who join because they really do believe that some things are worth protecting, fighting for, and even dying for. In fact, I believe this, but I wouldn’t have the courage to enlist. And so I thank God that others do.


Here, then, is my public thank you to those members of the military who’ve sacrificed to make this country safer for us all. We owe them and their families a huge debt.

Have a wonderful holiday everyone!
Posted by Unknown at 9:59 PM