With Perks Like These, I'm Happy to Be Old 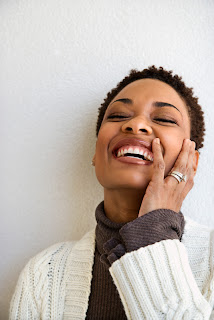 Last week I was feeling all depressed and hopeless about getting older, because the world loves young people.

I love young people, too. They’re fun, have interesting viewpoints, and can be very amusing in their ignorance.

So like I said, I was feeling a little down and depressed, but then I picked up a copy of More magazine, which I’ve been reading since well before I technically qualified as a target customer, old soul that I am, and I immediately felt better. (Yah, marketing!)

But seriously, there is nothing wrong with getting older! As they say, it’s better than the alternative, and it has its perks, too.

Here are my top five.

Perk #1. You actually know something.
I said “actually,” which is not the same as thinking you know something. As you get older, you begin to actually know things that you can't know when you're younger. Because now you’ve lived. You’ve been around and seen stuff and read stuff and observed your friends and their stuff, too. You’ve got stories. You’ve got history. And you’ve got the wisdom to make some real sense of it.

Perk #2. You can relax a little.
I don’t consider myself ambitious in the traditional sense. I like flexing my brain and learning, and I like accomplishing things for my own satisfaction. I've never known my high-school class ranking, and I don’t remember (if I ever knew it) my college GPA. I don’t keep track of stuff like that. I’ve never cared to. And now that I’ve gotten older, I care even less. Proving my capabilities to myself is way more important to me than proving them to someone else. And when you get older, and you have an honest-to-God track record of accomplishments to which you can refer, that’s oftentimes just fine.

Perk #3. You can accept your flaws.
With age often comes a bit more self-insight and self-acceptance. You’re human, and you’ve got a few issues. So do all your friends. So does your boss, and your neighbor, and that television anchor person. It’s all good. We’re in this thing together. Which is why …

Perk #4. You can more readily accept others’ flaws.
I said “more readily.” If you’re like most, you’ll still try your hand every so often at changing someone—it’s a natural reflex for many of us—but even more often you’ll realize the futility of this before you even get started and will assume a more relaxed stance to others’ personalities—flaws and all.

Perk #5. You know what you want and want you don’t want.
Now this last perk is by no means absolute or constant. As long as you're growing, uncertainty will most likely be your companion, and simply knowing what you want doesn’t mean you know how to get it, assuming it’s obtainable. Still, with age comes a greater knowledge of what brings you peace and joy and what negative noise has to get to stepping. And because you’re older and most likely have taken care of others for a while, you can let go of the noise without guilt—you've paid your dues after all—and that’s nice.

So you see, there are some good reasons to enjoy growing older, and none of these makes a person irrelevant. Not even.
Posted by Unknown at 10:12 PM

Email ThisBlogThis!Share to TwitterShare to FacebookShare to Pinterest
Labels: Getting Older, Home and Family, Women