Proposed Amendment to FMLA Would Provide Leave For Grieving Parents 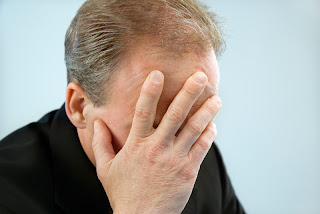 A client asked that I write a piece about the Parental Bereavement Leave Act of 2013, introduced to Congress this past February by Senator John Tester (D-Mont). Naturally, I formed an opinion while doing the research.

The bill would amend the Family and Medical Leave (FMLA) Act to include “loss of son or daughter” as a qualifying event.

I support the FMLA and always have. Yes, I know it’s a pain to administer, especially when intermittent leave has been requested, or when notification requirements prove impossible (such as when you weren’t ever informed of an employee’s absence and he’s already back at work before you get wind of it), and I can’t tell you how many times I've had to say “Think of the FMLA as an umbrella that covers all other forms of paid and unpaid leave, such as STD, worker’s comp, sick time, and so forth.” Well, it doesn’t matter how many times—it needed to be done, because no one outside of the HR department seemed able to grasp the concept.

I’ve read about many cases of FMLA abuses (real and imagined), but to be honest I’ve always had to practically force the benefit on employees, they were so distrustful of that twelve workweek clock. “I’m using my vacation!” one employee indignantly told me, “Why do I have to be bothered with these forms?”

Actually, I do have one funny story about that. A manager once confessed to me after the fact that when her employee had been out “sick,” she’d actually been in jail after receiving a DUI! (Maybe that’s not so funny after all.) The point is, this was one of those cases when I didn’t know the employee was out until she returned to work, and I’m sure I was annoyed at the time, but later I was truly grateful for my ignorance. I can only imagine the conversation that would have ensued while I naively insisted that the employee complete her forms.
"Yes manager, we really should get these forms on file."

"I’ve got this covered, Crystal, don’t worry about it."

"Manager, that's not how it's done. Employees have federal protections. We just can’t decide we won’t inform them of those protections."

"Trust me, I’ve got this covered."

"Manager, help me out here… Hey! Why are you running away?! … Manager come back!"

So, despite my support of the FMLA, I’ll admit that my knee-jerk reaction to this proposed amendment was “Oh man, this thing is hard enough to administer already!”

But then I heard the stories.

Stories about parents like John McLaughlin, who lost one of his twin daughters in a car crash. These stories are just heart breaking. And of course, the Sandy Hook and Boston Marathon tragedies are still very much on the minds of our collective conscious. And you have to ask yourself, seriously, how often will any single employer be impacted by tragedies such as this? Most likely not very often, thank the Lord.

And it seems to me, as I wrote in an earlier piece about grief, that we really do need to get better in the workplace about aiding grieving employees. We just want them to pretend it’s all good for our own comfort, and that’s not right.

So I hope this bill passes. Several national organizations support it, and it’s needed. According to the Bureau of Labor Statistics, nearly thirty-six percent of workers in private companies have no bereavement leave at all.

And that’s a shame. Sometimes these parents come back to work and are so grief stricken, depressed, and distracted that they can’t concentrate properly and end up losing their jobs. They could possibly have qualified for disability benefits, but they won't file for fear of the stigma.

We can offer better than that. I know we can.
Posted by Unknown at 10:29 PM