Have Black Folks Had Enough of President Obama? 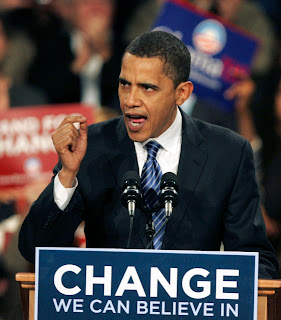 He’s been vilified as the anti-Christ and lauded as a savior. He’s been called a liar, a terrorist-sympathizer, a credit to his race, a traitor to his people, incompetent, a fine citizen, a role model, arrogant, un-American, the "perfect American," highly accomplished, a dedicated civil servant, and a closet socialist.

You get it. President Obama has been called a lot of things. Some people hate him, but overall, most black people love him.

But with double-digit unemployment in the black community as well as a general sense that promises made have not been kept, some black folks are getting a little restless. Others are taking the opportunity to declare that they always knew Obama doesn't have black people’s best interests at heart.

This has not been a good month for the President. Between the Associated Press scandal and the IRS scandal and the lingering questions about Benghazi, he’s taken a fair amount of heat. And now some black people are up in arms about Obama’s Morehouse commencement speech, during which he told the young graduates:

"We know that too many young men in our community continue to make bad choices … Growing up, I made quite a few myself. Sometimes I wrote off my own failings as just another example of the world trying to keep a black man down. I had a tendency sometimes to make excuses for me not doing the right thing. But one of the things that all of you have learned over the last four years, is there's no longer any room for excuses."

“Telling black Americans to stop using racism as an excuse allows President Obama to create a set of excuses for his own significant, even embarrassing, lack of action to help alleviate the clearly documented, undeniable, legislatively-enforced poison of racial inequality that continues to impact our society."

A few have been supportive, stating that Obama is only speaking the truth, but many others have been anything but. One commenter on a popular blog targeted at African Americans wrote:

“What I don’t understand is WHY did it take so long for [people] to realize Obama has been selling this brand of racial pathology since 2004.”

“I have consistently been disappointed by the way this president addresses Black people. The only time that he dares to mention Black people is when he is reprimanding them. He never mentions that the Black middle class has been decimated by the recession that he is presiding over…His policies and lack of backbone has caused a lot of problems for many Black people and it’s time for us to stop blindly supporting him.”
So I ask. Have black folks fallen out of love with President Obama? What do you think?
Posted by Unknown at 10:57 PM